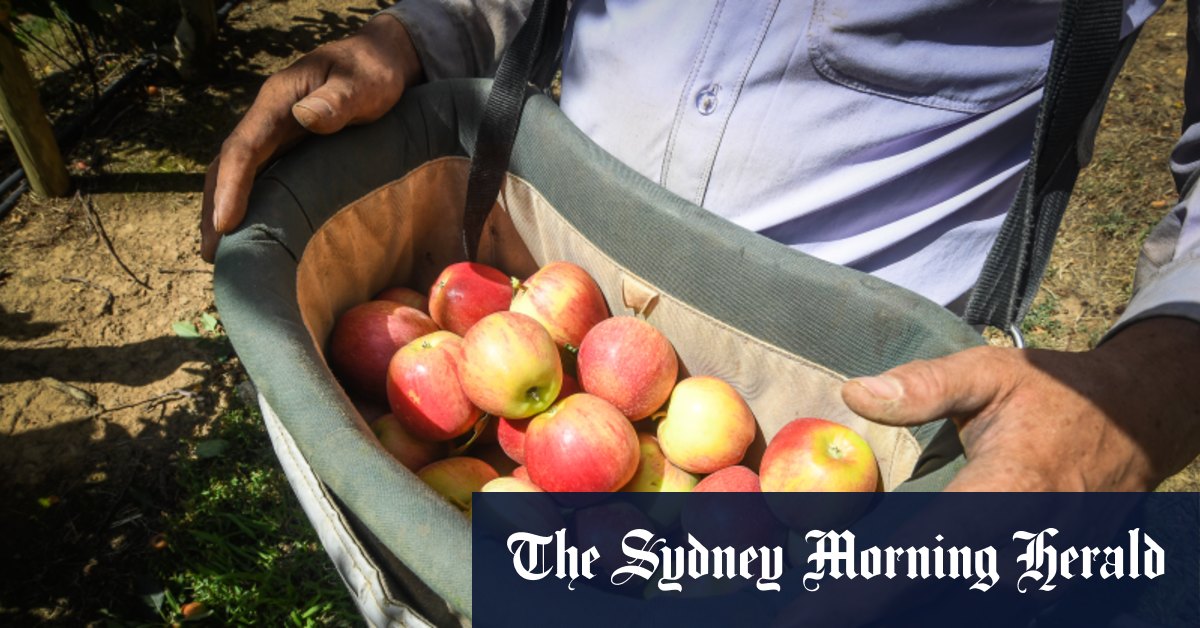 The Australian Bureau of Agricultural and Resource Economics and Sciences on Tuesday forecast the price of summer vegetables, stone fruit, fruit such as apples and pears and table grapes will jump up to 29 per cent this year.

Grain Growers chief executive David McKeon said he had a lot of confidence about the growth in grain demand continuing in 2021 following unusually high levels of rainfall over January and February.

“It was a very good season [in 2020], locally and internationally there was strong demand,” Mr McKeon said, adding Australia’s 2020 winter crop was the second largest on record just behind 2016. “Prices were much stronger than expected.”

Government export taxes in Russia had made Australian wheat more competitive globally, he said. This helped in part to offset the Chinese government’s decision to impose tariffs imposed on barley exports from Australia.

“We’re going to have a large export due to big crops this year,” he said. “It will continue … [ships] are booked out for the next few months.”

At the same time, the collapse of overseas harvest worker numbers, particularly from the Working Holiday Maker program, will result in a forecast drop in fruit production by as much as 17 per cent and vegetable production by around 2 per cent on ABARES data.

“The situation is only getting worse for our horticulture growers across the country,” National Farmers’ Federation horticulture council executive officer Tyson Cattle said. “Our growers are in desperate need for harvest labour and have been for the better part of a year.”

New data from the government’s commodity forecaster found the number of Working Holiday Makers had declined 64 per cent in 2020 and numbers were likely to continue to decline as the federal government extended the ban on international borders reopening.

In a typical year, more than 200,000 backpackers would be in Australia on working holiday maker visas and 50,000 of them would be working on a farm at any time, coupled with around 14,000 seasonal workers – largely from the Pacific Islands.

There are now less than 7000 seasonal workers in the country, and about 40,000 backpackers, who typically work in hospitality as well as agriculture.

ABARES acting executive director Dr Jared Greenville said the value of the fruit, nut and vegetable industry was expected to represent more than 20 per cent of agriculture’s gross value in the next five years.

Despite concerns that COVID-19 restrictions would hinder the number of workers available to harvest crops, Dr Greenville said returns for the sector were holding.

“We’ve seen some small price rises for a number of horticulture products but nothing significant,” he said.

He said the full impact of labour shortage was yet to be realised and supply chains had held up during the pandemic.

Rob Harris is the National Affairs Editor for The Sydney Morning Herald and The Age, based at Parliament House in Canberra

Jennifer Duke is an economics correspondent for The Sydney Morning Herald and The Age, based at Parliament House in Canberra.

The post Farmers put economic growth on the menu but fruit and vegetable price hikes expected appeared first on 247 News Around The World.