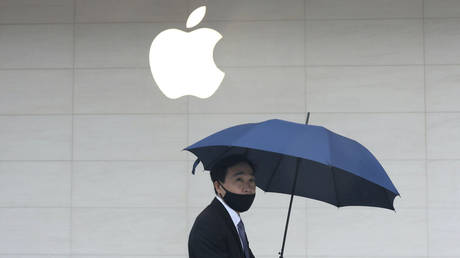 Italy’s antitrust regulator has scored another victory against tech giant Apple, fining it €10 million for misleading the public about “waterproof” iPhones.

It’s not the sweeping anti-monopoly case the US wants to bring, but this one was easier to win. The Italian Competition and Market Authority has fined Apple Distribution International and Apple’s Italian arm a total of €10 million ($12 million) for making false claims about the water resistant properties of eight different iPhone models, according to a statement the agency released on Monday.

When unsuspecting iPhone owners damaged their devices by getting them wet, Apple added insult to injury by refusing to provide warranty assistance.

Apple falsely advertised its iPhone 8 through to iPhone 11 Pro Max as being water resistant for one to four meters and 30 minutes of submersion, the statement notes, without explaining that “this property is found only in the presence of specific conditions” – in a laboratory using pure water – that are unlikely to be encountered in the field by real live iPhone users.

The watchdog accuses Apple of deceiving customers by pushing the water resistance claims with a deliberately vague disclaimer warning its “guarantee does not cover damage caused by liquids,” a cavernous loophole that allowed Apple to get out of fixing customers’ soaked phones even if they were still under warranty.

It’s not the first victory for Italy’s antitrust regulator against Apple. The watchdog forced Apple and Samsung to cough up €10 million in 2018 for deliberately throttling the performance of older phones with software updates in an apparent effort to nudge customers into upgrades they didn’t need. France, too, fined Apple over what has become known as “batterygate,” and the US settled a related class action lawsuit against the company earlier this year for $500 million.

While the tech giant remains under multiple investigations for antitrust violations in the US, many of the probes also target the other three Big Tech monopolies – Facebook, Amazon and Google. A recent House Judiciary Committee report examining anti-competitive practices at all four companies took 16 months to write and weighs in at 450 pages – ensuring any prosecution of these influential firms will drag on for years.

The antitrust subcommittee declared last month that Apple has “monopoly power” over software distribution on iPhones and suggested the company be barred from entering “adjacent lines of business” or privileging its own software and other products. Their report found Apple promotes its own apps in the App Store and exiles competitors when they attempt to sell similar products.

Apple CEO Tim Cook, however, said he believed that Apple could “sort of unpeel” from the monopoly investigations of its fellow tech behemoths, pleading that his company, with “just” 45 percent of market share, does not dominate the smartphone business.