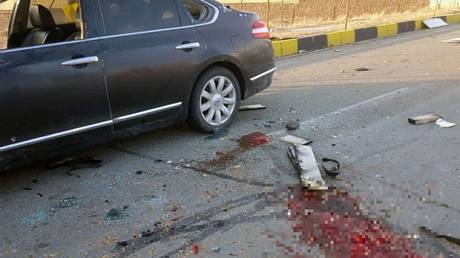 The United Arab Emirates and Jordan have condemned the assassination of Iran’s top nuclear scientist, which Tehran has blamed on Israel, and called on all parties to avoid taking actions that could escalate tensions in the region.

“Given the current situation in the region, the UAE calls upon all parties to exercise maximum degrees of self-restraint to avoid dragging the region into new levels of instability and threat to peace,” Abu Dhabi’s foreign ministry said in a statement on Sunday.

The ministry called Friday’s assassination of scientist Mohsen Fakhrizadeh in an ambush east of Tehran a “heinous” act that could fuel more conflict in the Middle East. It called on pursuing “all means for stability in the region.”

Jordan’s foreign ministry voiced similar condemnation. Its spokesman stressed “the necessity of joining forces with all efforts to reduce tension, prevent escalation in the region, and protect security and stability.”

The Sunni-dominated UAE signed an historic, US-brokered peace agreement with Israel in September. The deal was expected to gain Abu Dhabi access to purchasing more advanced weaponry from Washington, ratcheting up tensions with predominantly Shia Iran.

Tehran has vowed “severe revenge” for the killing of Fakhrizadeh. The UN has urged Iran and other parties to show restraint and avoid any rash moves in response to the assassination.

Israel claimed in 2018 that Fakhrizadeh headed Iran’s nuclear weapons development project, called Amad. Iranian officials have repeatedly insisted that the country’s nuclear investments are for peaceful purposes only, and the International Atomic Energy Agency said the Amad program ended in the early 2000s.