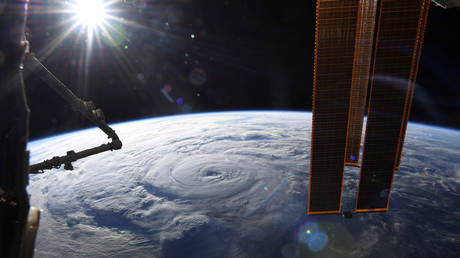 Astronaut Tim Peake has shared details of an unlikely encounter in orbit, in which he alerted his ISS crewmates to a potential UFO on an intercept course, only to realize the golden lights were of a more, erm, human origin.

In a recent series of interviews, European Space Agency astronaut and former International Space Station crew member Peake, 48, recounted the occasion when, while stargazing in orbit, he saw an unidentified flying object – or rather, several of them.

“This was at the end of the mission, and I was quite experienced about what you should see and what you shouldn’t see in space,” Peake recalled on ‘Good Morning Britain’ on Monday.

“And I saw three lights flying in formation in the daytime, and the only time you see a light in the daytime is if it’s another spacecraft coming towards you.”

He quickly, and urgently, alerted his crewmates as they all scrambled to work out what the mysterious lights could be. They breathed a collective sigh of relief, and burst out laughing in the process, as the earthly origins of the phenomenon were revealed through careful examination.

“We couldn’t work it out – and then we finally realised it was Russian urine that was leaking from the Progress vehicle!” Peake said of the frozen, wayward waste matter, crystallized in the cold of space.

The first British astronaut to join the ISS crew, Peake spent six months on board the station, during which time he earned a Guinness World Record for the fastest orbital marathon.

He is currently due to participate in a second mission sometime between now and 2024.