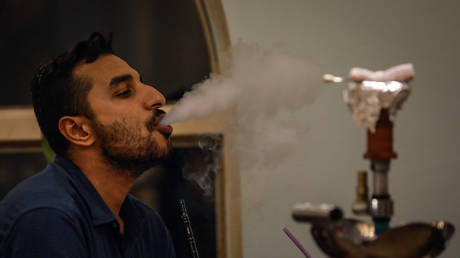 Turkish President Recep Tayyip Erdogan urged his country to cut down on cigarettes and shisha pipes as he outlined new weekday curfews and full lockdowns at weekends in a bid to halt coronavirus spread amid record deaths.

Under new rules, which begin on Tuesday for an unspecified duration, Turks will be banned from leaving their homes between 9pm and 5am during the week, and then from 9pm on Friday until 5am on Monday.

The new curfew and weekend lockdown comes as Turkey’s Covid-19 death toll hit a record high on Monday for the eighth day in a row, with the Health Ministry reporting a further 188 fatalities in the last 24 hours. There was also a record high of 31,219 new cases.

On Monday afternoon, as Turks prepared to lock down at home, they were also urged to “stop smoking hookah” by Erdogan as he outlined not only the new measures, but also the health risks associated with tobacco use.

“Please, you have to stop smoking,” Erdogan said, warning them of its negative impact on the lungs and adding that he had “no business” with either cigarettes or hookahs – the water pipes used to smoke tobacco or shisha which are used widely across Turkey.

Under the new measures, some schools will be forced to close as will restaurants, apart from takeaways, as well as Turkish baths and other leisure facilities.

Workplaces with over 50 staff will be strictly monitored by health officials, while the over-65s and under-20s will be banned from taking public transport.

Some sectors, like manufacturing, will be exempt from the new restrictions, while supermarkets may open during specified hours at the weekend.

Erdogan added that Turkey had secured 50 million doses of a Covid-19 vaccine from China’s Sinovac Biotech, and that healthcare workers would start receiving the jab from next month.

Turkey, which has a population of 82 million, has registered at least 638,847 coronavirus cases, according to data from Johns Hopkins University.