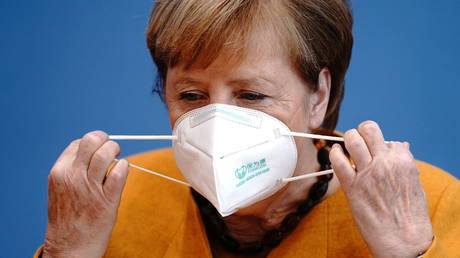 German Chancellor Angela Merkel told reporters on Monday that she fears the economic consequences of the coronavirus pandemic will reverberate for years to come.

Merkel praised improved coordination between EU member states during the pandemic, but called on nations to recognize the critical importance of EU instruments in repairing the financial damage it has caused, as the bloc “will have to deal with the economic consequences of Covid-19 for several years.”

The remarks follow the German parliament’s decision to extend lockdown measures in the country over concerns that the health system could be overwhelmed by coronavirus cases. Defending the proposal, Merkel affirmed that the federal government would need to spend billions of euros to mitigate the economic consequences.

Merkel has previously warned that the economic situation is being underestimated by the EU, fearing that the bloc could sink into the deepest recession since the Second World War. Some states expect to see their economies contract by up to 10 percent this year.

The chancellor was speaking today at an event held by the German EU Council presidency to discuss the ongoing stalemate over the EU budget, after Hungary and Poland vetoed it following the inclusion of the ‘rule of law’ provision. The veto doesn’t just block the passage of the EU budget, it also prevents the passing of a €750 billion coronavirus recovery fund, which is tied to the package.

Germany has been clear that for the EU to weather the ongoing pandemic, the coronavirus recovery fund is crucial. However, Merkel said during her remarks on Monday that the EU will not back down from its position that the budget must embrace the bloc’s common values of democracy, freedom, human rights, the rule of law and solidarity.