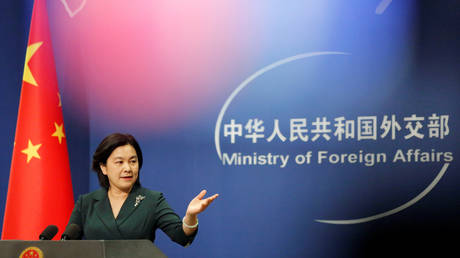 Chinese officials have said they are imposing sanctions on four individuals who Beijing claims are responsible for interfering in Hong Kong’s affairs, and who are linked to US democracy promotion initiatives.

Hua Chunying, a Chinese Foreign Ministry spokeswoman, told media on Monday that four individuals had been identified as interfering with Chinese domestic affairs in Hong Kong. With immediate effect, the individuals would be banned from entering China.

“It violates basic norms governing international relations, and China firmly rejects and condemns this,” she noted.

The move comes after the US sanctioned four Chinese individuals earlier in November for their alleged role in crushing dissent in the former British colony during recent and ongoing pro-democracy rallies.

US-China relations have deteriorated greatly throughout 2020, with Beijing opposing US interventionism in South East Asia.

Tensions were further heightened last week when a US admiral made an unannounced visit to Taiwan.