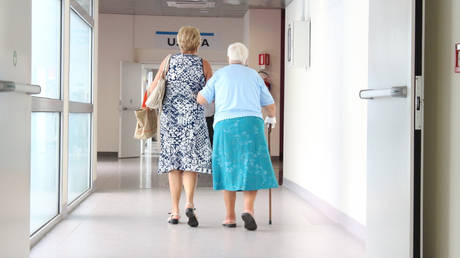 Doctors and nurses in Italy are astounded at the resilience of one Maria Orsingher, a 101-year-old who has lived through the Spanish Flu, the Second World War, and who has now survived Covid-19… three times.

Orsingher first tested positive back in the early days of the pandemic in February.

“In February, mother was hospitalized in Sondalo and then also the doctor of the hospital in Sondalo, where she was treated, told us that she had never had such an elderly person come out of the coronavirus in this way, she was breathing alone and not he had a fever,” says daughter Carla.

Having recovered, the centenarian then celebrated her 101st birthday in July.

Unfortunately, she was then hospitalized with a fever in September, at which point she tested positive for the disease a second time and underwent treatment for 18 days. Medical staff were amazed at her resilience and told local media the hospitalization was mostly precautionary.

Alas, the coronavirus came for her one more time, as she tested positive again last Friday. The third time is apparently the charm, though, as Orsingher is currently asymptomatic.

Orsingher remains bedridden and struggles to communicate with her three daughters as she is deaf, but the family are eagerly awaiting their next reunion with this iron woman.

Born on July 21, 1919 in the small hamlet of Gaggio in Ardenno, Orsingher lived through the Spanish Flu pandemic, was married during World War II and has now endured three bouts of Covid-19.

“Even the doctors are amazed,” say her daughters, confirming that their mother has tested positive three times and tested negative three times, all in the space of nine months.

“There have been several episodes of negative tests in recovered patients, which was followed by a new positivity that lasted for a long time for one of the reasons mentioned above,” says Carlo Signorelli, professor of hygiene at the San Raffaele University in Milan.