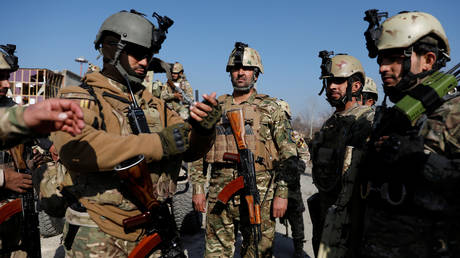 At least 26 security personnel were killed and over a dozen injured when a suicide car bomb hit a military base in Afghanistan early on Sunday in one of the deadliest attacks against the country’s forces in months.

The incident occurred in the main city of the eastern province of Ghazni, which has been plagued by fighting between government troops and Taliban militants.

“We have received 26 bodies and 17 wounded so far. All of them are security personnel,” Baz Mohammad Hemat, director of Ghazni hospital, told AFP. The governor’s office also confirmed the attack.

A suicide bomber detonated “a Humvee vehicle, which was full of explosives,” a security source told local Tolo News website.

Afghan commandos were reportedly among those stationed at the compound.

No group has so far taken responsibility for the attack. Besides the Taliban, Islamic State (IS, formerly ISIS/ISIL) has also been active in the country, targeting both security personnel and civilians.

The suicide bombing in Ghazni comes as US-brokered peace talks between the Afghan government and the Taliban have stalled.