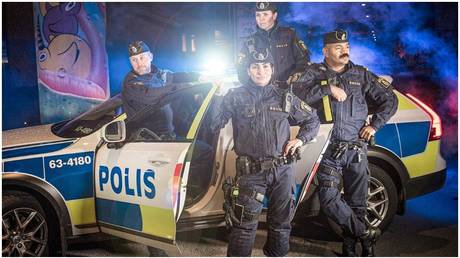 Swedish police have deleted the debut episode of their new reality show following a backlash online over a scene in which children were heard crying during a suspect’s arrest.

The seven-part series launched by Swedish police on Monday focuses on four officers in the southern city of Helsingborg. The aim of the show was to highlight the nature of everyday police work and the encounters officers have with different kinds of people. Swedish media said police also hoped the series would boost recruitment.

The show, however, had a rocky debut. According to the public broadcaster SVT, many complained online over a scene in the first episode where children can be heard crying as officers arrest their father. The Expressen newspaper said the suspect’s distressed children were heard shouting for their father in the background.

Police removed that episode from their social media platforms following the backlash. A different episode was also taken down as well for unspecified reasons.

“There were some questions about certain sequences in one of the episodes, and while assessing and double-checking some of these questions, we chose to pause the series,” police spokesperson Per Ek told SVT.

Ek said secrecy and confidentiality of criminal investigations were among the issues police will re-examine before continuing with the series.