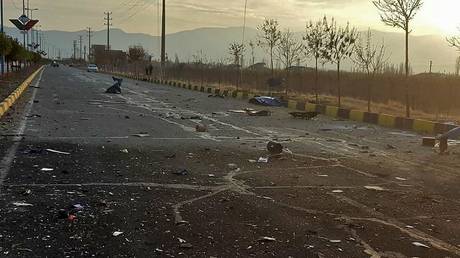 Israel has played a “role” in the attack on prominent Iranian nuclear scientist Mohsen Fakhrizadeh, who was killed on Friday near Tehran, the Islamic Republic’s Foreign Minister Javad Zarif has said.

Zarif said in a tweet that an “eminent” Iranian scientist had been killed by unnamed “terrorists”.

He also said Tehran had “serious indications” to believe that Tel Aviv had had some role in the incident, but did not provide any specific evidence to substantiate his accusation.

The foreign minister also called on the international community, and particularly the EU, to condemn the fatal attack, while accusing the European Union of what he called “shameful double standards.”

His statement came after Mohsen Fakhrizadeh-Mahavadi was attacked during an armed standoff between his bodyguards and unidentified assailants in the city of Absard, just east of the Iranian capital Tehran.