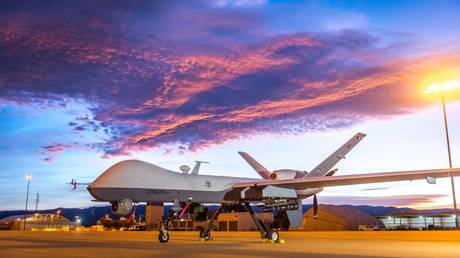 Berlin will no longer be required to ensure that US drone strikes coordinated through an air base in Germany are in line with international law, a top court has ruled, in a “severe blow” to a case brought by human rights groups.

The Federal Administrative Court in Leipzig concluded that the government has no obligation to guarantee US strikes are in line with humanitarian law beyond basic assurances from US authorities, overturning a ruling from last year that made Berlin partially responsible for such operations.

The case was brought in 2014 by human rights groups on behalf of three Yemeni plaintiffs, who charge that family members were killed by American drones in 2012, and that those strikes used flight control data relayed through the US air base in Ramstein, Germany. One of the plaintiffs, Faisal bin Ali Jaber, called Wednesday’s ruling a “severe blow.”

“My family cannot live free from fear while these drones, flown with Germany’s help, hover over our community in Yemen, threatening to bring death and destruction,” he said.

The German government must stop the use of Ramstein for drone attacks.

The decision restores a lower court ruling handed down in 2015, which found that because the government had already informed Washington of its duty to obey international law, it had no further obligation to ensure compliance, adding that “German authorities have very limited influence on foreign troops’ use of the [air base].”

Jennifer Gibson, who heads up projects related to drones at human rights group Reprieve and provides legal representation for Jaber, shredded the new ruling, calling the US strikes “clearly unlawful.”

“What we are talking about here is a secret assassination program that kills scores of civilians each year. It is simply unsustainable, and despite today’s ruling, very clearly unlawful,” she said in a statement.

On behalf of all the innocent victims of US drone strikes, Faisal and his family will continue to try to bring the programme into the light – and to ensure the US’s partners are held accountable for their role.

BREAKING: “This ruling is a severe blow. My family cannot live free from fear while these drones, flown with Germany’s help, hover over our community in Yemen, threatening to bring death and destruction.”

Reprieve said the plaintiffs in the case are now considering a complaint with the Federal Constitutional Court, the highest judicial body in Germany, in hopes of reviving the previous ruling pressing Berlin to perform due diligence for the lethal American strikes.

That Washington uses the Ramstein air base as a crucial hub in its drone war was long kept secret by German authorities, only acknowledging the operations in 2016 following years of rumors and unofficial reports. The base has drawn periodic protests by antiwar activists since, who’ve demanded that the German government stop abetting strikes that could constitute war crimes.