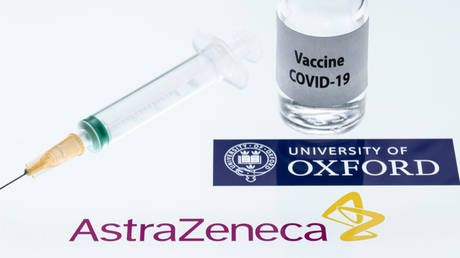 The Covid-19 vaccine being developed by Oxford University and AstraZeneca will be tested again, the drug maker’s CEO said on Thursday, following growing doubts over the jab, due to dosing and data-handling errors.

The British-Swedish pharmaceutical giant is to run a fresh trial of its candidate vaccine at a lower dosage, which the company earlier claimed had performed better than a full dosage. “Now that we’ve found what looks like a better efficacy we have to validate this, so we need to do an additional study,” AstraZeneca CEO Pascal Soriot told Bloomberg.

He added that it would likely be an “international study, but this one could be faster because we know the efficacy is high so we need a smaller number of patients.”

A new trial, Soriot said, would probably not delay the vaccine’s authorization by British and EU regulators, although it could prove a setback in securing approval from the US Food and Drug Administration, which could be more cautious.

It comes after AstraZeneca reported on Monday that its AZD1222 vaccine showed an average efficacy of 70 percent after the results from two different volunteer groups were pooled. An efficacy of 90 percent was reported when the vaccine was given as a half dose, followed by a full dose, compared with just 62 percent efficacy for two full doses.

The apparent disparity between the different regimens confounded some experts, as a higher dosage normally yields a stronger immune response. However it later emerged that the half-dose shot had been mistakenly administered to a younger group of 2,741 volunteers, aged between 18 and 55, while a sample of 8,895 people were given either the two full doses or a placebo.

Then, in a statement on Wednesday, Oxford University admitted that a manufacturing error meant that some vials had not contained the correct dosage of the vaccine.

AstraZeneca’s handling of the situation has come in for a slew of criticism, including from US investment analyst Geoffrey Porges at SVB Leerink bank, who said: “We believe that this product will never be licensed in the US.”

But worries over the candidate vaccine were brushed aside on Thursday by Oxford’s regius professor of medicine, and the UK government’s life sciences adviser, Sir John Bell. “We weren’t cooking this up as we went along,” he said, reportedly adding that data relating to the trial of AZD1222 is set to be published in medical journal The Lancet at the weekend.

AstraZeneca-Oxford’s would-be vaccine is vying to be the world’s first authorized Covid-19 jab, alongside Russia’s pioneering ‘Sputnik V’ candidate, which has reported a 95-percent efficacy from its trials.