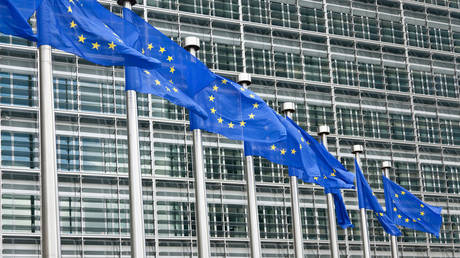 MEP and former Belgian Prime Minister Guy Verhofstadt has criticized “illiberal pressure” from Hungary and Poland on the EU over its ‘rule of law’ budget proviso, as the two eastern European states remain firm over their veto.

Hungary’s Prime Minister Viktor Orban reiterated his country’s stance on Thursday, declaring that, with Poland’s backing, his government will continue to oppose the proposed budget if the EU insists member states must respect a mandated rule of law to access bloc funding.

The statement from Orban came as influential MEP Verhofstadt issued a scathing remark on social media, accusing Hungary and Poland of trying to put “illiberal pressure” on the EU in order to make the whole bloc play “by their rules.”

Verhofstadt has been an outspoken critic of Orban and his handling of domestic matters in Hungary, recently calling on him to take responsibility for the level of corruption in his own country.

Hungary currently ranks at the top of the EU anti-fraud agency’s list of member states where irregularities with bloc funds were found between 2015 and 2019.

The Hungarian government hasn’t responded to the latest criticism by Verhofstadt. However, the prime minister’s spokesperson Zoltan Kovacs separately defended the country’s actions in blocking the budget, saying “Hungary and Poland are once again the black sheep of the EU because we insist on keeping to the original agreement on the EU budget and recovery fund.”

The parties remain in a stalemate, as Verhofstadt said MEPs are refusing to water down the link between European values and the receipt of funding, while Orban has said he won’t back down from using what he calls a perfectly legitimate tool to dispute the budget.