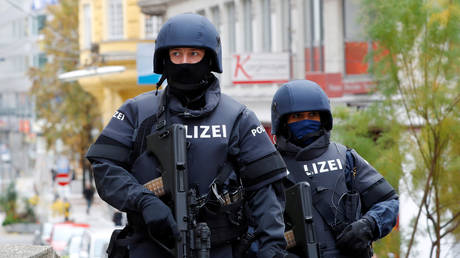 Austria has begun tightening security at its churches and other sites of religious worship, fearing copycat attacks after an Islamist gunman killed four people in a rampage earlier this month in the capital Vienna.

The attacker may have also intended to target houses of worship, Interior Minister Karl Nehammer said on Thursday.

“It cannot be ruled out that the perpetrator also wanted to deliberately seek out victims in churches,” Nehammer told reporters, citing the investigation’s findings. “There will therefore be a reinforced protection of church facilities as of today.”

Currently, there is no concrete threat against places of worship, but the minister explained that security is being tightened against possible copycat attacks in the “sensitive phase” of the run-up to Christmas.

Nehammer said that more police will be present in front of churches, synagogues and other religious institutions. He also stressed the need for “social solidarity” to “fight terrorism together.”

According to the minister, the “rapid reaction” officers and mobile patrols of the Cobra taskforce with armored vehicles and heavy equipment will be used in case of terrorist threats, or events in which attacks cannot be ruled out.

The 60-member group examining the November 2 attack is investigating 21 people, and 10 suspects are remanded in custody over alleged links to the Vienna attack. The perpetrator, a 20-year-old man who was born and raised in Vienna, was shot dead by police after firing at passersby on the street and in bars.

Authorities in Austria have admitted “intolerable mistakes” were made in the handling of intelligence on the attacker. Police had been aware of a “persistent and increased risk” of Islamist terrorist attacks, according to a report published by the Interior Ministry in 2019. It warned of the “increased danger of Islamist-motivated attacks” in Europe by radicalized individual perpetrators or autonomously acting small groups.