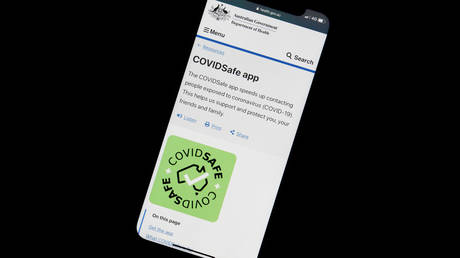 Australian intelligence agencies “incidentally” slurped up private data from the country’s much-touted COVIDSafe smartphone app, according to the their inspector-general, who nevertheless insisted no one’s privacy was violated.

At least one intelligence agency collected private data generated by the government’s COVIDSafe contact-tracing app during its first six months of use, the inspector-general of intelligence and security (IGIS) revealed on Monday, before attempting to reassure skittish Australians that “there is no evidence that any agency within IGIS jurisdiction has decrypted, accessed or used any COVID app data.”

However, IGIS acknowledged that further “inspection activities” would be underway to “verify data deletion” and confirm that the intelligence agencies had not, in fact, pawed through users’ supposedly private data. The body has also refused to reveal which of the six agencies it presides over actually did the collecting – hardly a confidence-inspiring move.

The data collection took place “in the course of the lawful collection of other data,” the IGIS explained, adding that such ‘collateral snooping’ was permitted under the nation’s Privacy Act. However, that same law requires agencies to delete the surplus data “as soon as practicable.”

Australians have been subject to some of the strictest Covid-19 control measures in the world, depending on which state they live in. They were urged to download the COVIDSafe app when it debuted in April, fueled by $70 million in taxpayer money – but the app has only detected 17 cases since its launch, working out to about $4.12 million spent to detect each case.

The COVIDSafe app was promoted as “the only contact app approved by the Australian Government,” with the promise that “state and territory health officials can only access app information if someone tests positive and agrees to the information in their phone being uploaded.” Officials touted its supposedly privacy-friendly Bluetooth-based locating system, but users had to upload personal data like name, age, phone number, and postal code in order to use the app.

Australia is not alone, however – most of the government-backed contact tracing apps on the market have run into problems, either with convincing people to adopt them in the first place or accurately tracking cases once installed. The UK reportedly spent a whopping £12 billion on its own contact tracing app, which has failed both to retrieve contact data from a third of Covid-positive users and to reach a third of those contacts the tracers did obtain. The app has only detected one coronavirus outbreak at a public venue, even as government officials insist bars and restaurants are generating nearly a third of new Covid-19 cases.