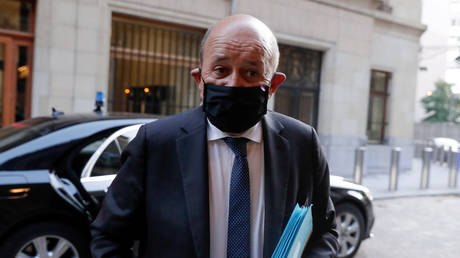 The French foreign minister has slammed the attitude of the UK’s Brexit negotiators, accusing them of deliberately dragging their heels over “secondary subjects,” as the clock ticks down for reaching a trade deal with the EU.

“Britain must come out of tactical postures, and respect its commitments,” Jean-Yves Le Drian told a French foreign affairs committee meeting on Wednesday.

The minister’s comments come after UK Prime Minister Boris Johnson told parliament on Wednesday that “of course” he would not ask for an extension to the Brexit transition period, which ends on December 31.

Fair competition rules for businesses and fishing quotas are among the main outstanding barriers preventing the UK and EU from striking a deal.

Le Drian warned that London’s bid to control fisheries access to British waters would not be the deciding factor of trade talks, and claimed that negotiators were “playing with the calendar.”

“Sometimes it’s better to have no deal than a bad deal,” he said.

The French minister’s comments also come after those of European Commission President Ursula von der Leyen, who said on Wednesday that the EU was preparing for a no-deal Brexit in what she described as “decisive days for our negotiations.”