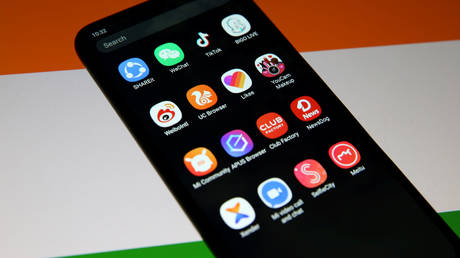 India banned 43 more Chinese apps on Tuesday, some of them from e-commerce giant Alibaba, explaining that they pose a threat to its “sovereignty and integrity.”

The latest apps to be banned include Alibaba’s AliExpress and delivery service Lalamove, as well as dating and live-streaming services. Prior to the latest move, India had removed 59 Chinese apps from its huge market in June, including the popular video-sharing platform TikTok. In September, another 118 Chinese mobile apps were banned.

In the summer, many in India called for an economic boycott of China following a deadly military clash in a disputed border region, which left 20 Indian soldiers dead.

New Delhi said on Tuesday that the mobile apps were banned based on “comprehensive reports” from the Indian Cyber Crime Coordination Center and Ministry of Home Affairs. The government said it is committed to protecting “the interests of citizens and sovereignty and integrity of India on all fronts.”