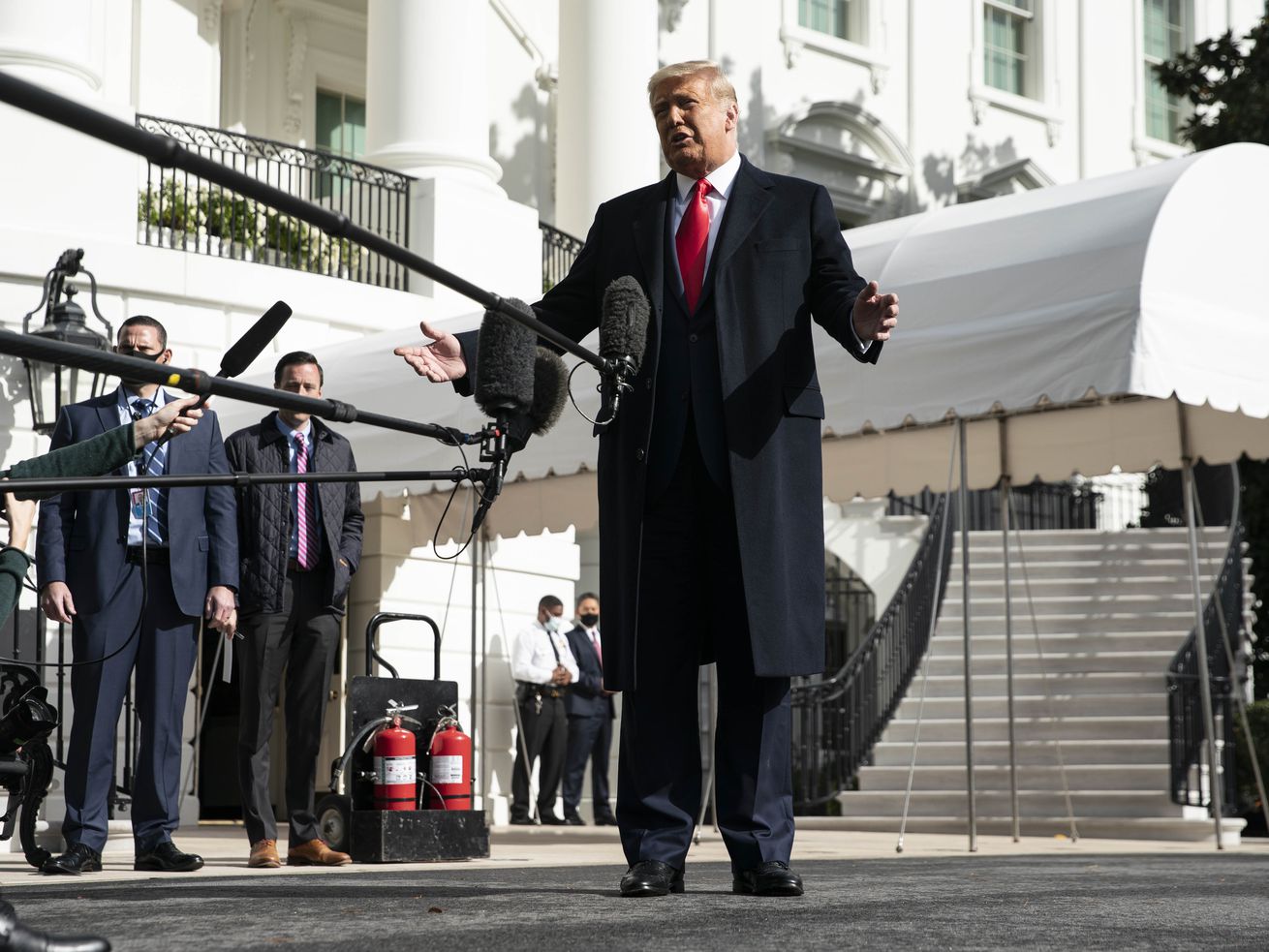 President Donald Trump speaks to the press outside the White House on October 30. | Sarah Silbiger/Getty Images

US special forces on Saturday rescued an American hostage kidnapped in Niger.

An American hostage is safe and in the care of the US State Department, the Pentagon said Saturday, after a successful early morning rescue operation by US special forces in northern Nigeria.

The hostage, Philip Nathan Walton, was abducted by armed kidnappers in southern Niger on Tuesday this week; his captors reportedly demanded a ransom of more than $1 million for his freedom. According to the Washington Post, Walton, 27, was rescued by members of the elite Seal Team 6.

No US troops were harmed in the rescue, and the New York Times reports that all but one of the kidnappers were killed.

“We appreciate the support of our international partners in conducting this operation,” Pentagon spokesman Jonathan Hoffman said. “The United States will continue to protect our people and our interests anywhere in the world.”

“We got our young man back, but the other side suffered gravely, I can tell you that,” Trump said. “We’ve gotten many hostages home. And I pay nothing, nothing. Can’t pay. Once you pay, you’ll have many many more.”

Watson isn’t the only American to be kidnapped in West Africa in recent years; at least one other American, aid worker Jeffery Woodke, is believed to still be in Mali after a 2016 kidnapping in central Niger. But the US has recovered a number of hostages successfully during the Trump administration, including ones held in Yemen and North Korea.

These successes — much like the successful special-forces rescue of Walton in Nigeria — are precisely the kind of foreign policy victories Trump likes to highlight. His current national security adviser, Robert O’Brien, was the US special envoy for hostage affairs until 2019, and in August, the Republican National Convention prominently featured six Americans previously held hostage abroad in a conversation with Trump.

And although Trump has shown little interest in working with longtime US allies in the international community during his time in office, his administration has attempted to put a heavy focus on foreign policy in the closing months of the 2020 presidential campaign.

In addition to Saturday’s rescue operation, Trump announced a peace deal between Israel and Sudan earlier this month, following on the heels of a similar agreement between Israel and the United Arab Emirates in August to normalize diplomatic relations.

Israel and Bahrain also agreed to normalize relations in September, while Serbia and Kosovo both pledged to open embassies in Jerusalem, which the US recognizes as the capital of Israel.

According to Vox’s Alex Ward, the agreements are “momentous… by almost any conceivable measure” — but there’s an incontrovertible electoral angle at play too.

The Trump campaign pushed heavily for a foreign policy-focused debate with Democratic presidential candidate Joe Biden earlier this month, and it’s no wonder: As Ward points out, it’s arguably firmer ground for the president than any of a number of domestic issues, such as “the coronavirus, the economy, race relations, and climate change,” where Trump’s leadership has been disastrous.

But while Trump has had some foreign policy successes, his overall record is fraught. Ward notes that among (many) other issues:

America’s global image has tanked on the president’s watch. The total trade deficit in the US, which Trump sought to slash in part by altering trade relations with China, is nearing an all-time high. He’s cozied up to autocrats and failed to stop their most egregious human rights abuses, especially Beijing’s internment of around 2 million Uighur Muslims. Iran has moved closer to being able to develop a nuclear weapon if it chooses to pursue one, despite the sanctions Trump has placed on the country.

Biden also has a wealth of foreign policy experience of his own to emphasize as Election Day approaches. Even before eight years in the White House as vice president to President Barack Obama, Biden served as chairman of the Senate Foreign Relations Committee. In August, former Biden adviser James Rubin told Ward that “[Biden] will come into office with a résumé that’s unmatched on foreign policy experience.”

Occasional tweets aside, Trump himself has said relatively little about foreign policy on the campaign trail. During his Pennsylvania rally Saturday, for instance, the president began his remarks with conspiracy theories about Joe Biden and his family, campaign spending, and fake news before turning to the Nigeria rescue. In general, the president has spent far more time iterating some of his 2016 hits, including a new spin on “lock her up.”

People bellow out “lock him up!” about Joe Biden at Trump’s rally in Bucks County, Pennsylvania pic.twitter.com/XdqCKH9wgE

The White House itself, though, has worked to highlight the topic. On Friday, it promoted “the Trump Doctrine: Terrorists Lose and Peace Wins.”

Trump’s surrogates have also emphasized the elements of his foreign policy. On Saturday, Donald Trump Jr., the president’s eldest son, tweeted, “With Trump, the world knows that harming an American has consequences, whether you’re a terrorist leader like al-Baghdadi or Soleimani, or these now-deceased kidnappers in Niger/Nigeria.”

ntribute today from as little as $3.