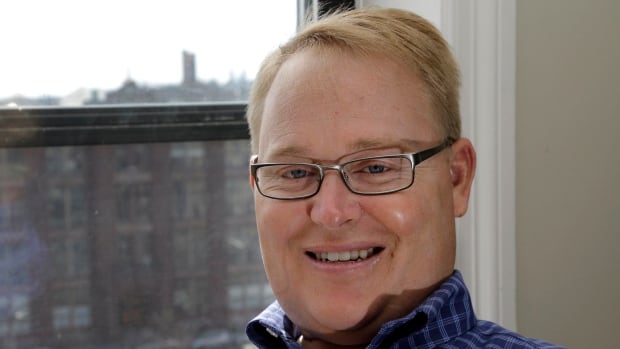 Travis Roy, the Boston University hockey player who was paralyzed 11 seconds into his first college shift and went on to become an advocate for spinal cord injury survivors both in and outside the sports world, has died. He was 45.

His death was confirmed by the BU athletic department and the Travis Roy Foundation.

“It is with heavy hearts that we mourn the passing of Travis Roy,” the school said in a statement. “His story is the epitome of inspiration and courage, and he was a role model and a hero to so many people.

“Travis’ work and dedication toward helping fellow spinal cord-injury survivors is nothing short of amazing,” the school said. “His legacy will last forever, not just within the Boston University community, but with the countless lives he has impacted across the country.”

We are heartbroken to announce that our Founder and friend Travis Roy died today. Details will follow in the coming days. <a href=”https://t.co/6IYyQCv06O”>pic.twitter.com/6IYyQCv06O</a>

Roy was a 20-year-old freshman making his debut for the reigning NCAA champions in the 1995-96 season opener when he crashed headfirst into the boards after checking a North Dakota opponent.

The accident left him a quadriplegic.

From his wheelchair, he gave as many as 40 motivational speeches a year. The message he shared: Do the best with what you have and don’t dwell on your misfortune.

“I like to say the first 20 years I had a life that was full of passion and the last 20 I’ve had a life full of purpose,” he said in an interview with The Associated Press shortly after turning 40. “The dream is to have both at the same time, but I’m fortunate. I’ll take either one.”

Since he created the Travis Roy Foundation in 1997, it has raised more than $9 million — half for research, and half to provide equipment for those with spinal cord injuries. Roy, who was able to control the joystick that manoeuvred his chair, regained little movement after the injury and had no feeling below the middle of his chest.

“I just thought the research would move along and by the time I was 40 I might have a chance of some normalcy again,” Roy told the AP in 2015, “some kids and a wife and not living with 24-hour home care anymore.”

The hockey world mourned his passing on Thursday, with the NHL calling Roy “a special man who responded to his devastating injury by dedicating himself to serving others.”

“Travis Roy was the ultimate symbol of determination and courage,” Neely said. “The impact that Travis had on the New England hockey community is immeasurable, and his relentless advocacy for spinal cord research was inspiring.”

A statement from Bruins President Cam Neely on the passing of Travis Roy. <a href=”https://t.co/kOtthdVAJD”>pic.twitter.com/kOtthdVAJD</a>

Ray Bourque, another ex-Bruin and Hockey Hall of Famer, said he and his wife were “honoured to have known such a great man who helped so many others.”

“The warmth, strength, and resiliency he exhibited in the face of tragedy set him apart,” Boston Red Sox President and CEO Sam Kennedy said. “His mantra was never to take anything for granted, and his message resonates stronger than ever with all of us at the Red Sox.”

Roy’s work as a fundraiser and motivational speaker combined with his persistent optimism to make him a hero to other victims of spinal cord injuries.

“Travis Roy, you were my friend, mentor, role model and the most positive person I knew,” Jack Jablonski, a Minnesota high school hockey star who was also left paralyzed after a hockey collision, said on Twitter. “You have forever changed the SCI and hockey community. Thank you for taking the time to get to know each other.”

Denna Laing, who was paralyzed during an exhibition before the 2016 NHL Winter Classic, also tweeted her thanks.

“Travis did so many little things and big things for so many people,” she wrote. “This is gutting, really truly sad.”

The son of a Maine hockey rink manager who began skating when he was 20 months old, Roy went to North Yarmouth Academy and Tabor Academy before enrolling at BU. Both high schools have named their rinks after him.

BU retired Roy’s No. 24 in 1999; he graduated from the school with a degree in communications the next spring.

“I think all the time how grateful I am,” Roy told the AP five years ago. “The thing that goes through my mind every once in a while is, `Thank God it wasn’t a brain injury.’ I don’t want any pity.”

Among the players on the 1995-96 BU Terriers team were future NHLers Chris Drury, Jay Pandolfo, Shawn Bates and Mike Grier. John Hynes is now the coach of the Nashville Predators. Coach Jack Parker is an inductee in the U.S. Hockey Hall of Fame; Olympic hero Mike Eruzione was an assistant coach.

Roy said he occasionally thought about what might have happened if he hadn’t been injured.

“There’s times when it’s kind of fun to think about it,” he said. “It’s also kind of sad to not know the answer.”