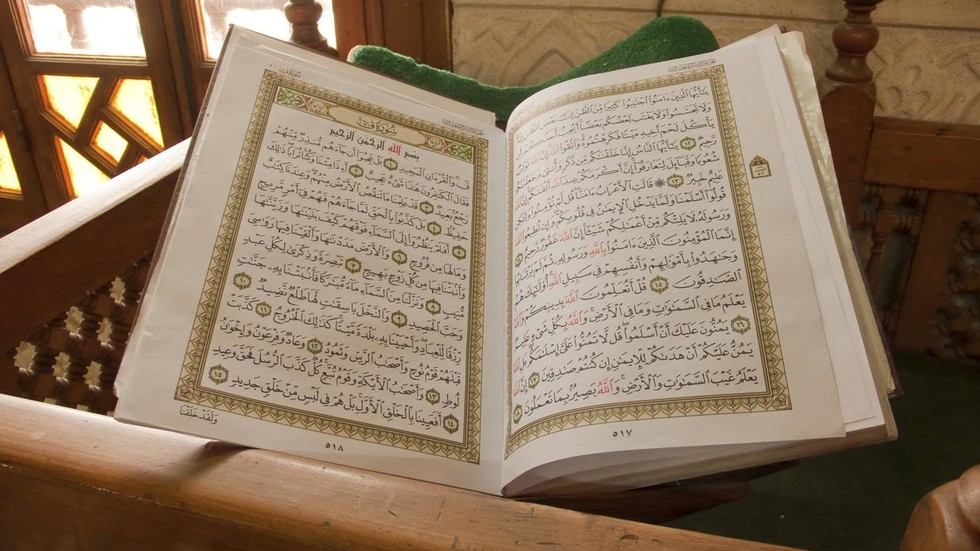 A man was lynched by an angry mob in northern Bangladesh after he was accused of blasphemy while visiting a local mosque. The victim was taken into custody, but the crowd dragged him outside, beating him up and setting aflame.

The horrifying incident unfolded at the town of Burimari in the northern Lalmonirhat district late on Thursday.

A local man, identified as a 50-year-old Shahidunnabi Jewel, along with his friend, decided to visit the Burimari mosque to offer a prayer. Jewel is said to have been suffering from an unspecified mental condition.

The two somehow got into a dispute with other worshippers and claimed Jamaat-ul-Mujahideen terrorists were hiding inside the mosque, local media reported.

“One of the men went inside the mosque … searching the bookshelf at the prayer hall claiming that firearms were hidden behind Koran and Hadith books,” a local council member, Zubed Ali, told the Dhaka Tribune. “At one point, five or six worshippers, who were outside the mosque, entered and dragged the man to the stairs outside before starting to beat him and the other man was waiting outside the hall.”

Some media reports suggest Jewel accidentally stepped on the Koran during the search, when he was trying to reach the upper shelves of the bookcase, which sparked the worshippers’ outrage. The duo were taken into custody by the authorities shortly after the altercation and held at a local council building.

As the news of the incident spread, however, a large mob of almost a thousand people gathered outside the building. They eventually broke in and snatched one of the men.

The victim was brutally beaten in the street and set ablaze. Extremely graphic footage circulating online shows Jewel’s burning body and the mob cheering in the background. The angry worshippers also torched a motorbike used by the deceased, the available imagery suggests.

The lynching devolved into rioting. The mob vandalized a local National Bank office and torched the council building, local media reported. Following the incident, additional police and even anti-terrorism Rapid Action Battalion (RAB) forces were deployed into the area to quell the unrest.

The authorities are currently trying to identify the people involved in the lynching and are preparing multiple criminal cases for murder, arson and attacks on the police.

Blasphemy is considered to be an extremely serious offence by many Muslims. In Bangladesh, a predominantly Muslim country, allegations of blasphemy have repeatedly led to lynching and widespread rioting. Last October, for instance, a series of Facebook messages that allegedly defamed the Prophet Mohammed sparked violent mass protests across the country that left at least four people dead and dozens injured.