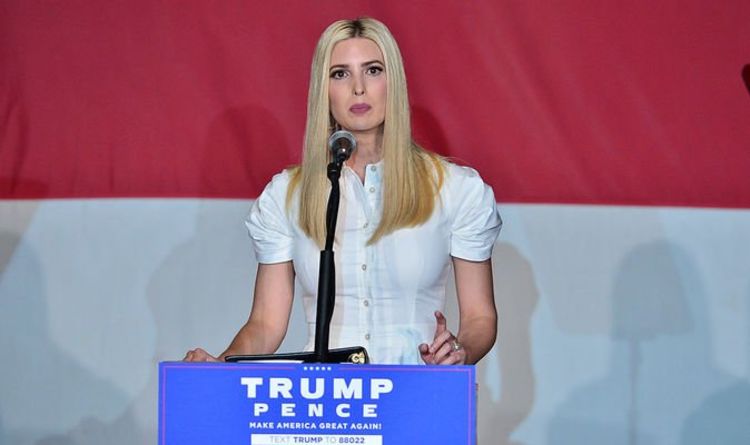 The Trump daughter will rally in Johnson Creek, Wisconsin and Michigan for her. Birthday tomorrow. Her appearance comes as both Mr Trump and Democrat Joe Biden gear up their campaigns ahead of the November 3rd election on Tuesday. The White House adviser has courted controversy recently for her social media posts, with Twitter users attacking Ms Trump for hypocrisy.

Taking to Twitter, Ms Trump announced her next stops as she rallies in the two states.

She said: “Tomorrow, I will spend my birthday in the great states of Michigan and Wisconsin!

“The best birthday gift this year is to get Donald Trump re-elected for four more years!”

The White House adviser also posted a picture of the Trump campaign website, detailing her headline appearance at Johnson Creek.

Twitter users were mixed on the Trump daughter’s scheduled appearances, with some attacking the President’s record.

One user said: “230,000 Americans will spend theirs in a grave Ivanka! Happy Birthday.”

Another added: “No thank you. we don’t want you here in Michigan.

Ms Trump has recently courted controversy online for sharing a photo of her using a mail-in ballot.

The Trump daughter posted a picture of her along with . With the caption: “I’ll give you one guess who we’re voting for?”

Twitter users pointed out the hypocrisy of using mail-in ballots after the President’s attacks on mail-in ballots, with Mr Trump saying they will make the election result “fraudulent”.

Mikel Jollett, , said: “You are both holding mail-in ballots, which your father has consistently lied and said are fraudulent.

“Again, you are voting by mail, because it is safe, while your father lies to the media and his constituency.”

Ms Trump also drew criticism for her comments on abortions, after refusing to comment on it in 2016.

Speaking an interview with RealClearPolitics, she said: “I respect all sides of a very personal and sensitive discussion, but I am also a mother of three children.

“And parenthood affected me in a profound way in terms of how I think about these things. I am pro-life, and unapologetically so.”