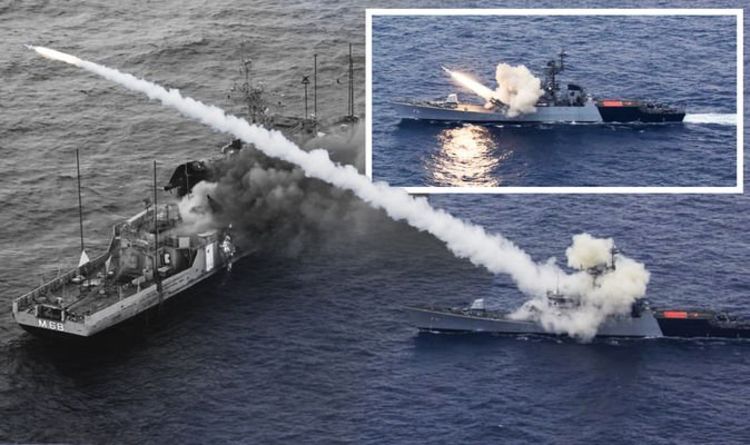 The Indian Navy fired an anti-ship missile as military forces conducted naval drills in the region.

The missile was fired by the INS Kora today, in a show of India’s naval power.

In an accompanying statement, the Indian Navy said: “An anti-tank missile was fired by Indian Navy’s Guided Missile Corvette INSKora hits the target at max range with precise accuracy in the Bay of Bengal.

This month, India has ramped up its pursuit of strategic dominance in the region following the clashes with China in June.

Following the death of 20 Indian troops on the border with China, tensions between the two states have escalated.

Just this month, India has strengthened its alliances with Japan, the US and Australia with naval exercises in the region.

This week, the state also signed a landmark defence treaty with the US.