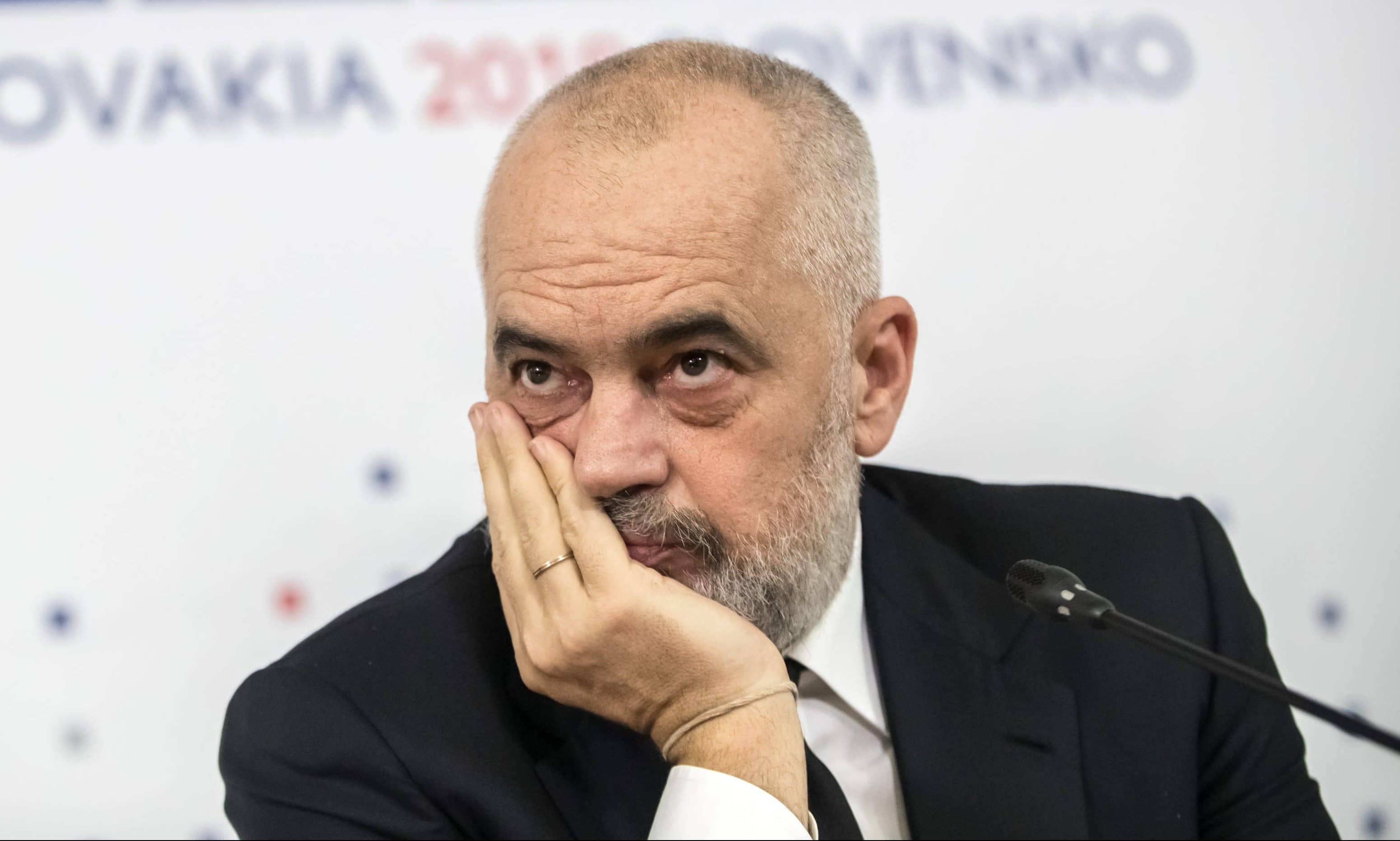 Once upon a time, Albania’s Prime Minister Edi Rama use to cultivate the image of an artist-politician who impressed the grandees of world politics by appearing in sneakers at their summits. He pretended to be the confidante of German Chancellor Angela Merkel in the Balkans and also to have the ear of French President Emmanuel Macron and carefully built an image that he would own the international community, no matter what.

The spread of this image by an international network of fellow Socialists, the paid lobbyists, personal friends and assorted media drowned the voices of the very few expats in Tirana who were flabbergasted to see a very different reality. Their reports of arbitrariness, top-level corruption and collusion with the underworld compared starkly to the rosy picture painted in the progress reports by former the European Commission’s foreign policy guru (and fellow Socialist), Federica Mogherini, and generally dismissed.

Alas, none of this brought Albania the coveted opening of accession talks. The EU member states, aware of the problems within the Commission, imposed more than a dozen conditions to be fulfilled prior to the talks. They started to check the implementation themselves through their bilateral embassies, but Rama still sort of managed to keep appearances and sometimes even to mock the EU by publicly denying the existence of the EU conditions.

This, however, couldn’t last very long.

Rama’s last antics was to breach an agreement with the opposition that the EU and the US, aiming at orderly elections and post-election day stability, worked hard to facilitate and to successfully conclude on June 5. Surprisingly, Rama changed view abruptly and in October unilaterally amended the Electoral Code by scrapping the pre-electoral coalitions. His obvious goal was to wrong-foot the opposition alliance, which is comprised of many parties.

President Ilir Meta, who has had a tense relationship with Rama over the last two years, sent the law back to parliament and also referred the amendments to the Venice Commission, an eminent body of jurists from the Council of Europe, claiming violations of the constitution and European norms (Albania is still without a Constitutional Court following a misguided justice reform).

This would have been a déjà vu if the current Enlargement Commissioner, Oliver Varhelyi, broke with his Commission’s legacy of turning a blind eye to various democratic transgressions, and in some cases, even justifying them. He called on Rama on October 26 to ask that the vote be delayed until the beginning of December when the Venice Commission would have published its opinion on the case.

Rama flatly rejected this request as he would tell news reporters the next day. Varhelyi took to Twitter to say that he trusted “that the Venice Commission will provide swift advice to Albanian stakeholders on the implementation of Constitutional Changes of July 30. Parliament should consider waiting for a revote and take this advice into account while looking forward to free and fair elections in April 2021.

Varhelyi repeated this same claim the next day. The European Parliament, which had issued a cross-party statement in July warning Rama not to breach the deal with the opposition, openly backed Varhelyi. Several MEPs issued statements including the chairman of the Foreign Affairs Committee David McAllister, who wanted to wait for the Venice Commission in order to avoid further polarization and not imperil the next EU integration steps.

On day eight of voting, an MEP addressed Rama In a scathing open letter calling on him “to put first the interests of the Albanian democracy and her European perspective and to refrain from voting on the amendments in parliament until the Venice Commission has spoken”.

The MEP expressed dismay about the breach of the agreement with the opposition in its letter and Rama’s attempt to gain an advantage in the distribution of parliamentary seats and stressed that rejecting Varhelyi’s advice might lead to decoupling from North Macedonia with the latter moving faster towards the EU.

Of course, at this juncture, this verbal barrage didn’t deter Rama. But with the Venice Commission in the pipeline and having burned bridges in Brussels, Rama cannot claim to be the well-dressed emperor while he’s naked. He is already exposed, both domestically and internationally.