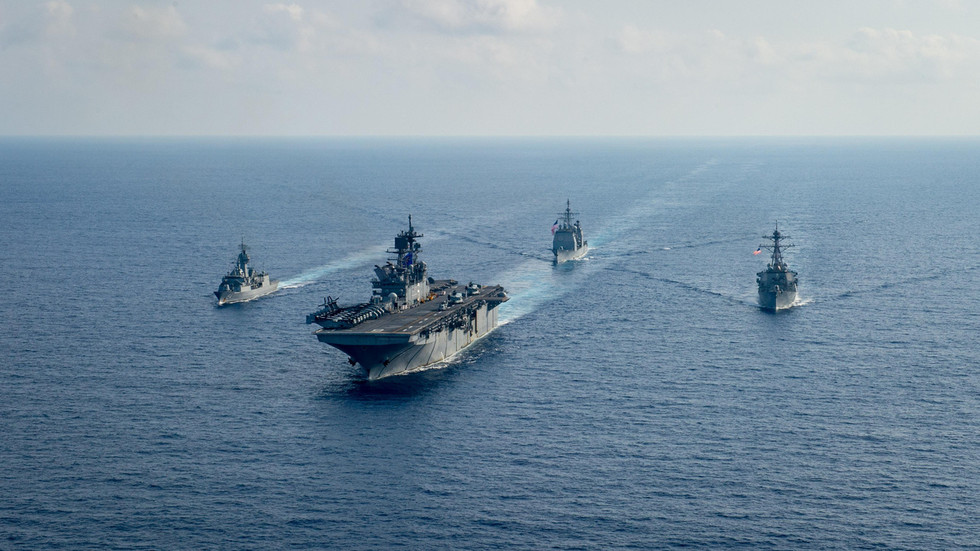 US and China military chiefs held meetings over video conference on October 28-29, Chinese Defense Ministry spokesman Wu Qian confirmed on Thursday. He stated that US Defense Secretary Mark Esper had denied reports that Washington was considering a drone assault on Chinese islands and reefs in the South China Sea.

Allegations of possible drone strikes were made by the Chinese media after the US military publicly showed off a simulated island assault exercise featuring a red silhouette of China on air personnel’s uniforms.

According to the MoD spokesperson, Esper claimed that Washington had no intention of creating conflict with China. Wu, however, added that Beijing would respond resolutely if provoked by an attack at sea.

We urge the US to walk the talk, keep its promise, and take measures to prevent provoking China military in the air and sea.

Wu said he hopes that the two militaries can play a role in bettering relations between Beijing and Washington, adding that both sides had agreed to strengthen communication, manage and control disparities, and cooperate in areas of common interest.

It was also reported that senior officials would speak again via video conference in November and December, discussing humanitarian aid and maritime security.

Also on rt.com Beijing slams Washington for forcing Sri Lanka to pick a side as US-China relations worsen

The virtual meeting comes as Esper accompanies US Secretary of State Mike Pompeo on a five-day trip to India, Sri Lanka, the Maldives, and Indonesia, drumming up support against Beijing’s growing influence in the region.

Pompeo has delivered a strongly worded criticism of China on each leg of his tour, referring to the country’s Communist Party as a “predator.” His rhetoric has subsequently been countered by Beijing, which urged Pompeo to abandon his “Cold War mentality” and “zero-sum mindset.”

The spiraling war of words between China and the US has escalated in recent months, as both diplomatic and trade relations have been in turmoil. Beijing has condemned Washington’s military operations in the South and East China Seas and its attempts to build strategic alliances with regional partners, including the recent sale of arms to Taiwan.