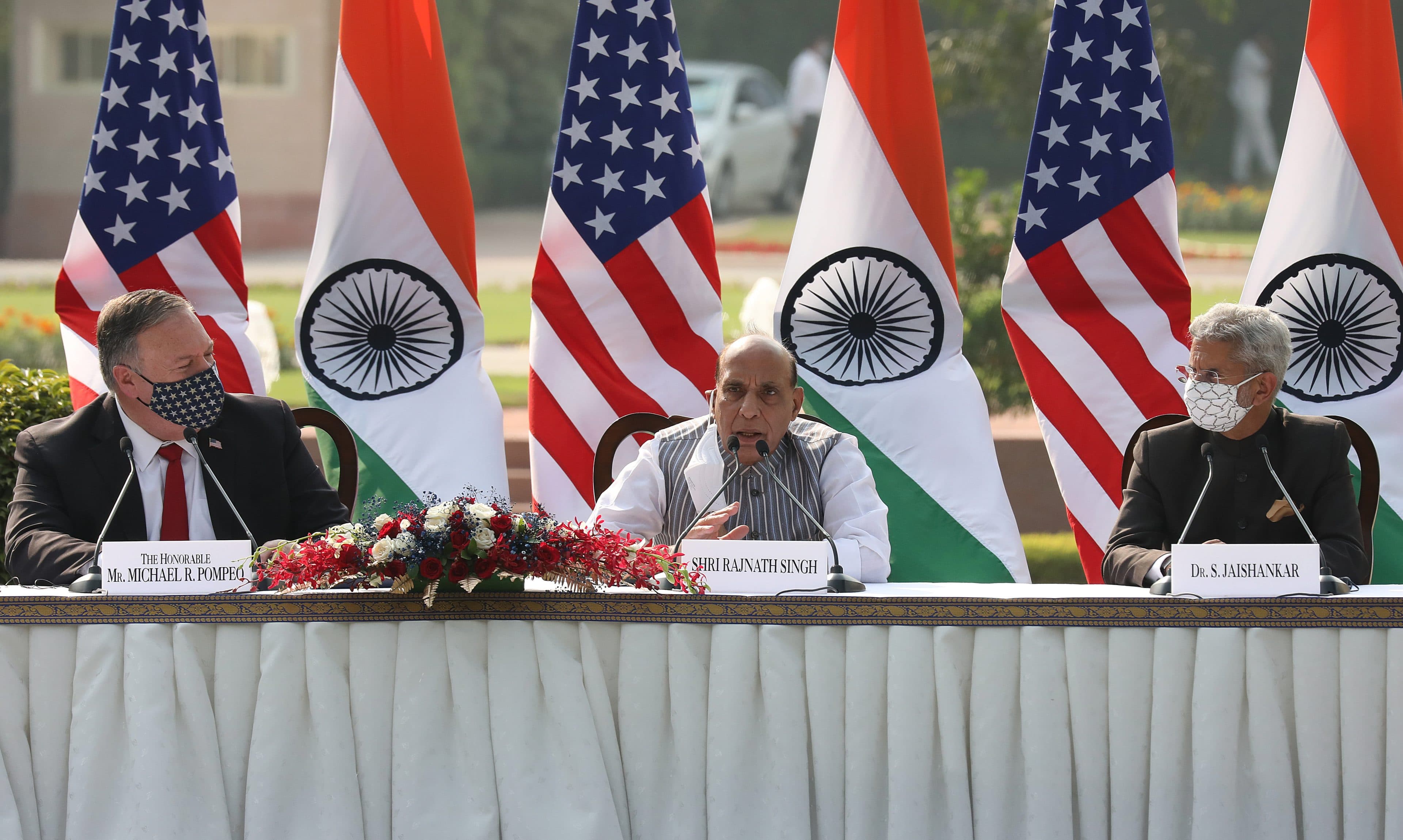 The United States and India on Tuesday signed a landmark deal to share military information and vowed to ramp up strategic ties.

The signing of the Basic Exchange and Cooperation Agreement on Geospatial Cooperation comes as the US called for increased cooperation to confront Chinese assertiveness in the Indo-Pacific region. The agreement will give India access to topographical and aeronautical data considered vital for targeting missiles and armed drones.

India is the first stop of an Asia tour that US secretary of state Mike Pompeo has said will focus on the threats posed by China. ”Our leaders and our citizens see with increasing clarity that the Chinese Communist Party is no friend to democracy, the rule of law, transparency, nor to freedom of navigation, the foundation of a free and open and prosperous Indo-Pacific”, Pompeo said.

“We stand shoulder to shoulder in support of a free and open Indo-Pacific for all, particularly in light of increasing aggression and destabilizing activities by China”, said India’s foreign minister Subrahmanyam Jaishankar.

India and China fought a war in 1962 over their competing territorial claims, and they have been unable to agree a permanent border along their frontier. The two Asian giants have been locked in a standoff for months with both accusing each other of trespassing into the other’s territory.

In response, China’s foreign ministry spokesman Wang Wenbin urged Pompeo to “abandon the Cold War and the zero-sum game mentality and stop sowing discord between China and regional countries as well as undermining the regional peace and stability”.