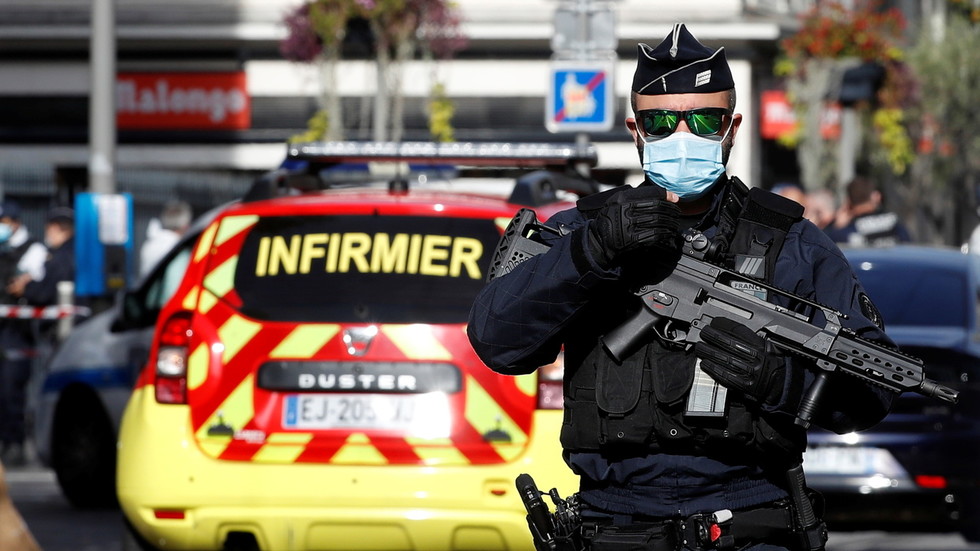 An armed man was shot dead after attacking a group of police officers who were patrolling the streets of Avignon in southeastern France Thursday, amid a day of carnage throughout the country.

The incident took place at approximately 11:15 local time. According to media reports, police initially deployed non-lethal munitions to stop the assailant but were forced to open fire with live rounds after he lunged at officers.

Further, Avignon Prosecutor Philippe Guemas said the attacker was a 33-year-old Frenchman, “who had nothing to do with the Muslim religion” and appeared to be “psychologically unstable.”

This was confirmed and expanded upon by a local police spokesman who said the man had “nothing to do with Islam, and had not been shouting out religious slogans,” while adding that he was indeed a member of Mouvance Identitaire and was brandishing a firearm when confronted by police.

He refused to follow police commands and persisted in threatening police despite the use of non-lethal munitions at which point he was shot dead, the police spokesperson stated.

An investigation into the Avignon incident has been launched, while anti-terrorism prosecutors have already begun work on the Thursday morning’s attack in Nice, in which the assailant is believed to have shouted “Allahu akbar”.

Meanwhile, French diplomatic authorities in Saudi Arabia have confirmed an attempted knife attack on the country’s consulate in Jeddah. The alleged perpetrator was taken into custody. One security guard was injured in the incident and taken to hospital.

“The assailant was apprehended by Saudi security forces immediately after the attack. The guard has been transferred to hospital and his life is not in danger,” the French diplomatic mission in Saudi wrote in a Twitter statement.