The police commissioner in Philadelphia said Wednesday that her department will release 911 tapes and footage from police body cameras “in the near future” in the shooting death of a Black man following two nights of protests that set off clashes with police and break-ins of stores.

Philadelphia has imposed a city-wide curfew starting on Wednesday at 9 p.m. to try to prevent a third night of looting and violence amid widespread protests over the death of Walter Wallace Jr.

The curfew will run through Thursday at 6 a.m., Philadelphia Mayor Jim Kenney and other officials told a briefing.

Tension has gripped the streets of Philadelphia since Monday’s deadly police shooting of Wallace, 27, who was armed with a knife and described by relatives as suffering from a mental breakdown, in a confrontation with law enforcement. 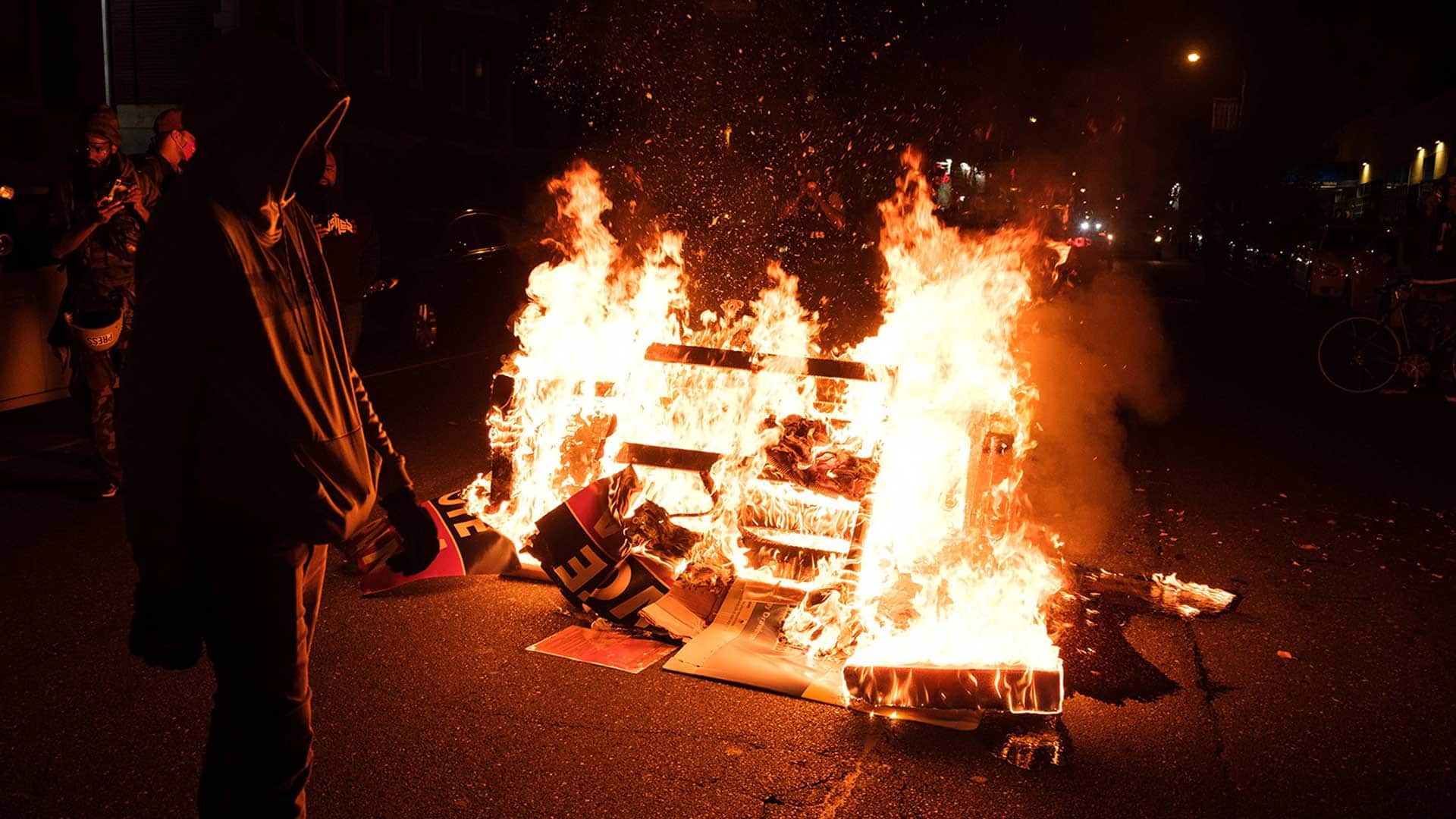 The fatal shooting of a Black man by police in Philadelphia has sparked violent protests. Walter Wallace Jr.’s family had called police during a mental health crisis and he was shot 14 times when he refused to drop a knife. 2:04

Philadelphia police say they have made 172 arrests, and 53 officers have been injured in two nights of protests that were marked by significant looting of big-box stores and other businesses, some of which were still recovering from unrest in the summer.

City officials said as many as 1,000 people were involved in looting in one corner of the city on Tuesday night, catching the police force off guard.

“These individuals are doing nothing but simply wasting our precious resources,” Commissioner Danielle Outlaw said at the briefing, lamenting what she described as “widespread lawlessness” in Pennsylvania’s biggest city.

Outlaw said that her department will release 911 tapes and the camera footage after talking with family members, and that it would move “as soon as possible” to integrate with mental health services.

As they had on Monday, Tuesday’s rallies began peacefully but grew more confrontational as darkness fell, and police turned out in force to cordon off a section of the city’s 52nd Street commercial district lined with shops that were looted the previous night.

Police in riot gear arriving in squad cars, on bicycles and on buses used their bikes to shove jeering protesters back from barricade lines. Aerial news footage broadcast by an NBC television affiliate also showed the looting of a Walmart retail outlet.

But Tuesday’s clashes appeared for the most part to be smaller in scale and intensity than those on Monday, when orderly demonstrations gave way to violence that left 30 officers injured and led to more than 90 arrests.

Monday’s upheaval erupted hours after a bystander’s video footage was posted on social media showing two officers opening fire on Wallace after he failed to heed their orders to back off and to drop the knife he was holding.

Wallace suffered from bipolar disorder, and his psychological difficulties were relayed by his wife to the officers who encountered him before the shooting, a lawyer for his family said.

The encounter transformed Philadelphia into the latest flashpoint in a months-long series of protests across the United States set off by the May 25 death of George Floyd, an unarmed African-American man in handcuffs, pinned by his neck to the street under the knee of a white Minneapolis police officer.

The protests, and law enforcement response to them, have thrust the issues of racism and police conduct to the forefront of the White House race between Republican President Donald Trump and his Democratic Party challenger, Joe Biden.

“Our hearts are broken for the family of Walter Wallace Jr., and for all those suffering the emotional weight of learning about another Black life in America lost,” Biden and his running mate, U.S. Senator Kamala Harris, said in a joint statement. “We cannot accept that in this country, a mental health crisis ends in death.”

Trump, who is seeking a second term in office, has made policing a top campaign issue, calling for a tough “law and order” stance on the protests. In Nevada on Wednesday, Trump said the events in Philadelphia were “terrible” and offered to send federal help.

“What I’m witnessing is terrible and frankly that the mayor or whoever it is that’s allowing people to riot, and loot and not stopping them is also just a horrible thing,” he said.

Pennsylvania Gov. Tom Wolf, a Democrat, said on Wednesday his administration stood ready to help the city with the unrest, including to “avoid unnecessary harm to businesses that provide services to affected neighbourhoods.”

“We must address the systemic problems that cause tragedies against people of colour,” he said on Twitter.

On Tuesday night, Wolf mobilized the Pennsylvania National Guard to deploy to Philadelphia.

The video of Monday’s shooting showed Wallace approaching two police officers who drew their guns after warning him to put down the knife. The video shows the officers backing up before the camera cuts briefly away as gunfire erupts and Wallace collapses. 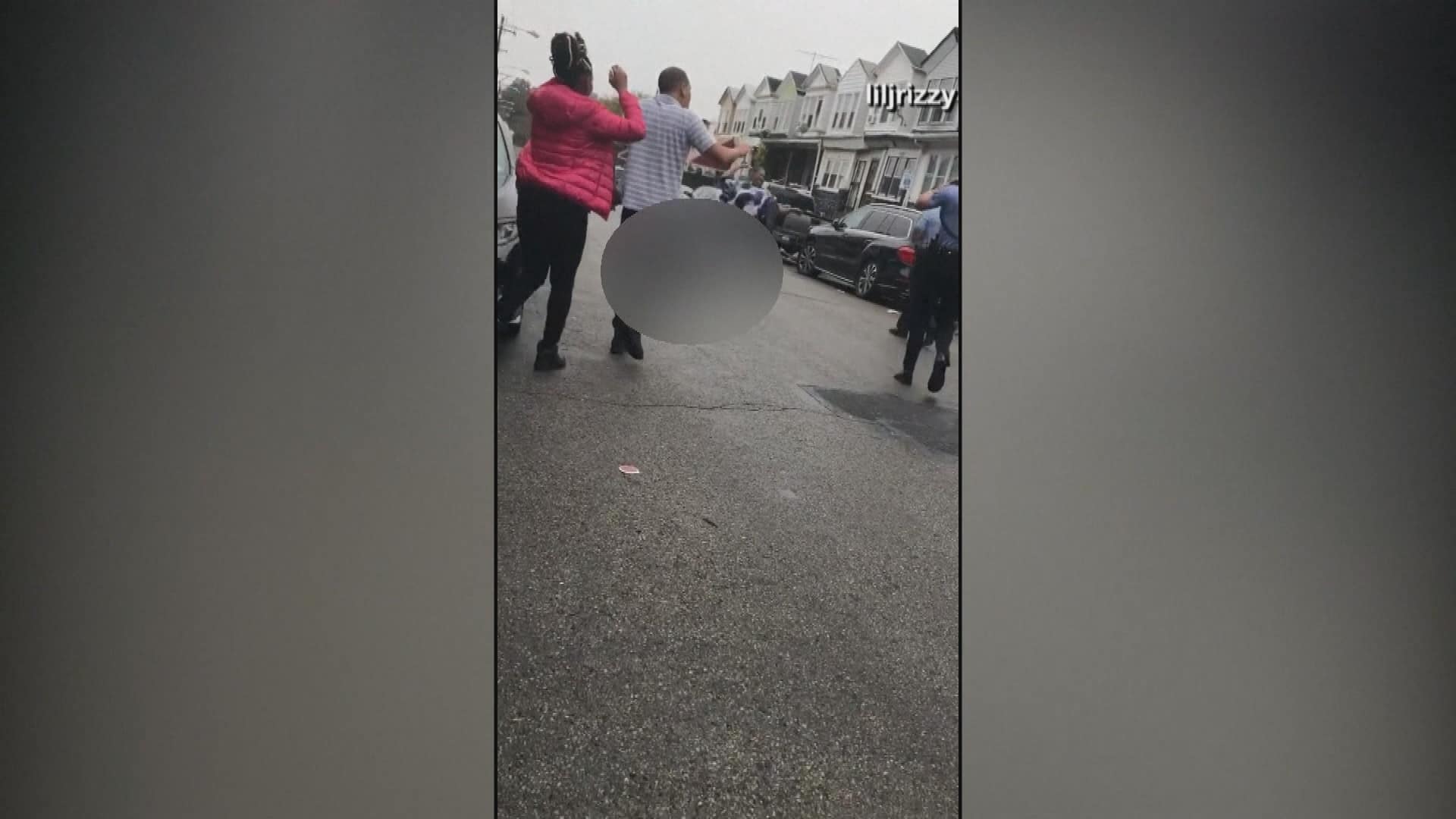 WARNING: This video contains disturbing details and coarse language. Walter Wallace, 27, was shot and killed by police in a west Philadelphia neighbourhood Monday after officers say he was holding a knife. 1:13

Chief Insp. Frank Vanore said the police had responded to a call about a man screaming who was armed with a knife and that each officer fired about seven rounds. But he declined to give further details pending the outcome of an investigation.

John McNesby, the president of the Fraternal Order of Police Lodge #5, defended the officers in a statement.

“The use of lethal force is a very difficult decision and we support our officers as they worked to resolve this incident under a great deal of stress. These officers were aggressively approached by a man wielding a knife,” he said.