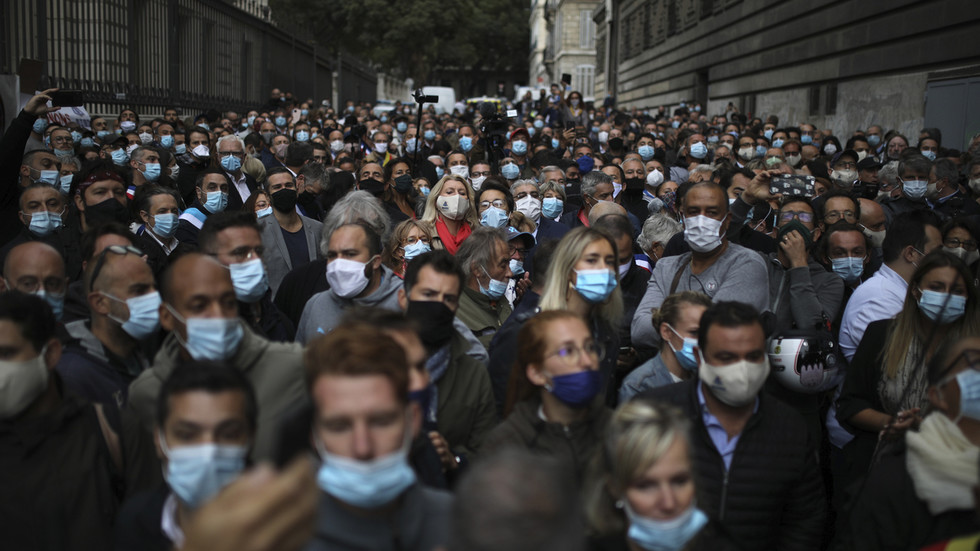 France’s minister of solidarity and health, Olivier Veran, has said he cannot rule out a third wave of the coronavirus, as the country enters a second national lockdown.

As they battle a new spike in Covid-19 cases, French officials are already concerned about the threat of a third wave. Discussing the situation on France Info radio, Veran told listeners that, due to the severity of the virus and the speed at which it’s spreading, it’s not possible to rule out a third wave, even if the second peak is brought under control.

Defending the government’s decision to implement a second national lockdown, which comes into effect at midnight on Thursday, Veran claimed that it’s “nobody’s failure,” but said there are challenges with containing the spread, as they are dealing with an “invisible enemy.”

In the last 24 hours, France reported 33,405 new coronavirus cases to the World Health Organisation. However, Veran warned that the situation could be more severe, telling the radio station that there were probably around 1 million people currently infected with Covid-19 in the country who are “potentially transmitters of the virus.” During a television address on Wednesday, President Emmanuel Macron told citizens that the country has been “submerged by the sudden acceleration of the virus” and is in the midst of a second wave that “we know will be harder, more deadly than the first.”

Under the upcoming lockdown measures, people in France will have to stay in their homes, except to buy essential goods, get medical attention, exercise for an hour a day or go to work, if it is impossible for them to work from home.

While the new national lockdown is currently only set to last until December 1, government scientific adviser Professor Jean-Francois Delfraissy stated that an extension is almost guaranteed, as they “need more time” to get to the target of 5,000 infections per day.

Also on rt.com New Covid-19 cases in France could be 100,000 per day, double the recorded infection rate – Government scientific advisor