The coronavirus pandemic has accelerated an increase in mail-in and early voting, which was already taking place in recent elections, and has led to talk of an election “season” of vote counting — a development that has chagrined U.S. President Donald Trump.

“It would be very, very proper and very nice if a winner were declared on Nov. 3, instead of counting ballots for two weeks, which is totally inappropriate, and I don’t believe that’s by our laws,” Trump said between campaign stops on Tuesday.

Trump appeared to be confusing media projections with actual certified results from the states themselves. He did not object, for example, when Arizona was projected for him by the networks on election night in 2016 but not officially certified by the state until two days later.

“Results are never certified on the night of the election,” Pennsylvania Secretary of State Kathy Boockvar said on Tuesday. Boockvar’s statement applies nationwide, with state certifications taking place between Nov. 5 and Dec. 8.

With one big exception in 2000, which caused a reorganization and rethink of modelling and exit poll methods, media projections the night of an election have been on point. It’s the process which enabled Trump to make a victory speech around 3 a.m. ET after election night in 2016, as Hillary Clinton had conceded to his campaign 30 minutes earlier, even with very close margins in four states, three of which went to Trump.

Trump’s rationale would see many Americans outside of the country, including service members, disenfranchised if their ballots aren’t received by election day. The State Department estimated over 614,000 cast a ballot outside the U.S. in 2016, including over 51,000 serving in the military.

In fairness to the president, things can get confusing in the United States with no overriding federal election commission. The decentralized electoral college system sees many states projected the minute after polls close, while others are unclear.

So, here’s a look at who makes the projections, an estimated time frame for some key states and a few examples that illustrate the republic has survived waiting several hours or longer not knowing the result.

Dan Merkle, executive director of elections at ABC News, made similar comments to its polling website partner, FiveThirtyEight, assigning a confidence level of 99.5 per cent before its consortium would make a call in any state.

Generally speaking, the media organizations and their vendors employ exit polls of early and same day voters, phone polls of early and mail-in voters and statistical models that follow recent trends at a granular county or district level. Projections aren’t made until a representative sample from the state, geographically and demographically, can be assured.

It’s important to remember that, in terms of the presidential contest, most states are not up for grabs.

Both the Cook Political Report and nonpartisan aggregator 270 to Win have a total of 337 electoral college votes categorized as not in doubt at all or little doubt. All told, about 15 states are rated as toss-up or as a “lean” to one party or the other.

“States like Texas, North Carolina, Georgia, Florida, those are states that we expect to count similar to in the past.… If it’s a one- or two-point race, yes, we’ll be waiting for more data. But if we have a few-point margin, three, four, five points, those races should be projectable,” Merkle told FiveThirtyEight.

Florida state officials were able to begin processing and verifying early ballots 22 days before the election, so their dump of results in the early hours after polls close will be significant and a mix of early and day-of voters. 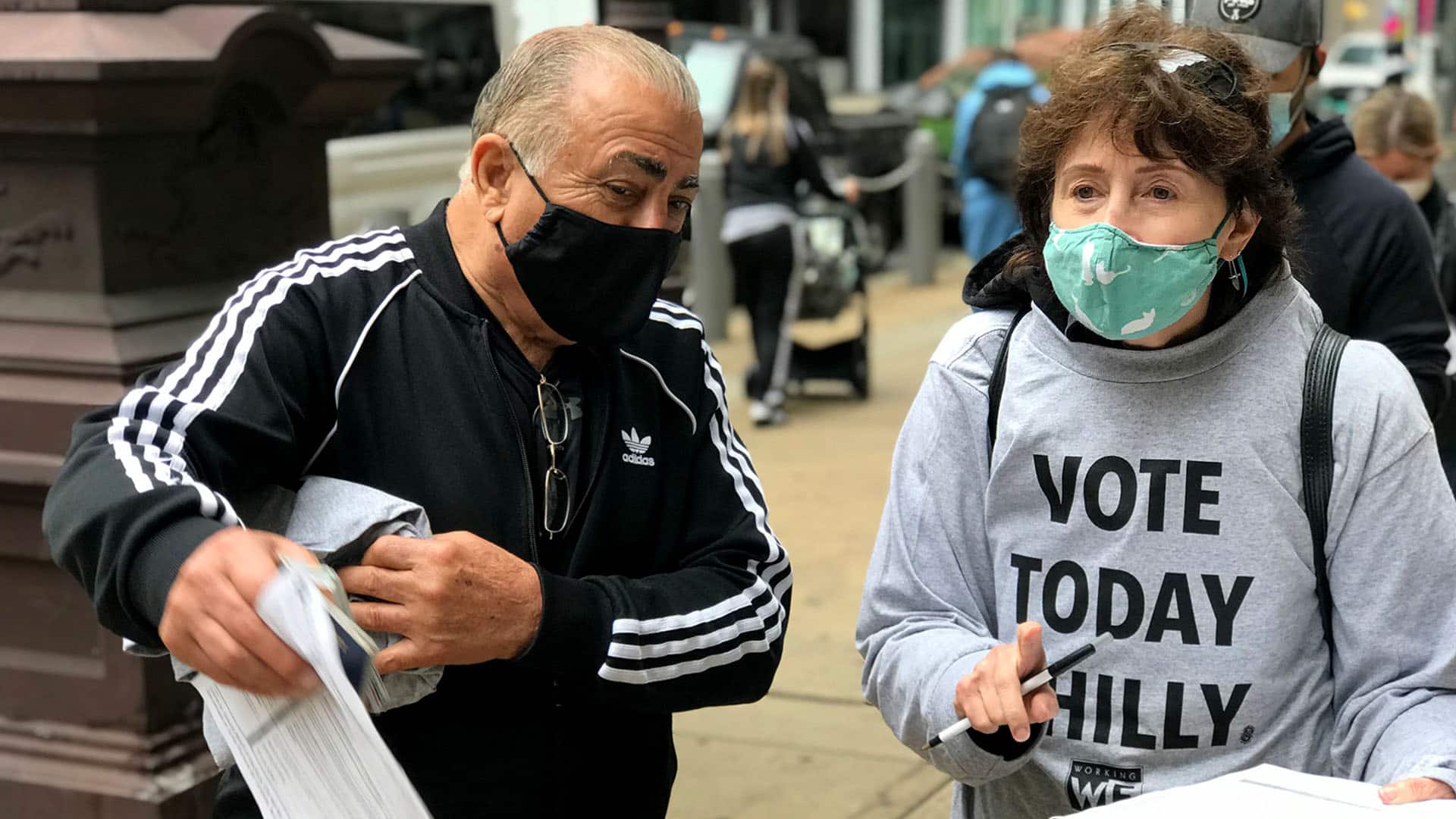 Several changes to the mail-in voting process and a slew of legal challenges in Pennsylvania means thousands of votes in the U.S. election could potentially be thrown out in the crucial swing state. 3:06

In a scenario where Florida’s 29 electoral college votes can be projected for Democratic presidential nominee Joe Biden, Trump’s path is foggy at best.

If Florida indeed goes to Trump or is up in the air, the focus turns to a small number of northeastern and Midwestern states.

Some 70 million Americans had voted by Oct. 27, and states vary as to whether those ballots can be processed ahead of the closing of in-person polls, as well as what date postmarked ballots will be accepted by.

Officials from the perceived swing states are confident they can handle the increase in early voting.

“Our estimate is Friday [Nov. 6] before we can ensure all these ballots will be tabulated and processed,” Michigan Secretary of State Jocelyn Benson said recently.

“I do expect the overwhelming majority of ballots will be counted in a couple of days,” Pennsylvania’s Boockvar has said, while for his part Wisconsin Gov. Tony Evers has said he expects their result to be known by Nov. 4.

These states aren’t laggards. States such as Utah and Washington are expected to take longer to fully tabulate their results. But those states won’t be eyed obsessively as they are seen as comfortably projected for Trump and Biden, respectively.

If Ohio can’t be projected on election night, things could get interesting. Under state law, there are no results announced between election night and when the final total is certified, a time frame of weeks given that the postmarked ballots are eligible to be counted if received by Nov. 13.

The state says it will update outstanding absentee vote totals, which could help deduce if it’s statistically possible for a candidate to catch up.

Americans have gone to bed uncertain

U.S. elections are held on the first Tuesday in November, and even in less challenging times than a pandemic, the accepted result spilled into the next day or later.

As historian Michael Beschloss pointed out in a 2016 article, despite a subdued speech around 3 a.m. following election day, Richard Nixon in 1960 did not officially concede. As they would a few more times in the pre-internet age, Americans awoke to an early edition newspaper on their porch stating the race was still too close to call.

NBC broke into a game show around noon that Wednesday with a Nixon aide reading his concession speech to Democratic nominee John F. Kennedy. 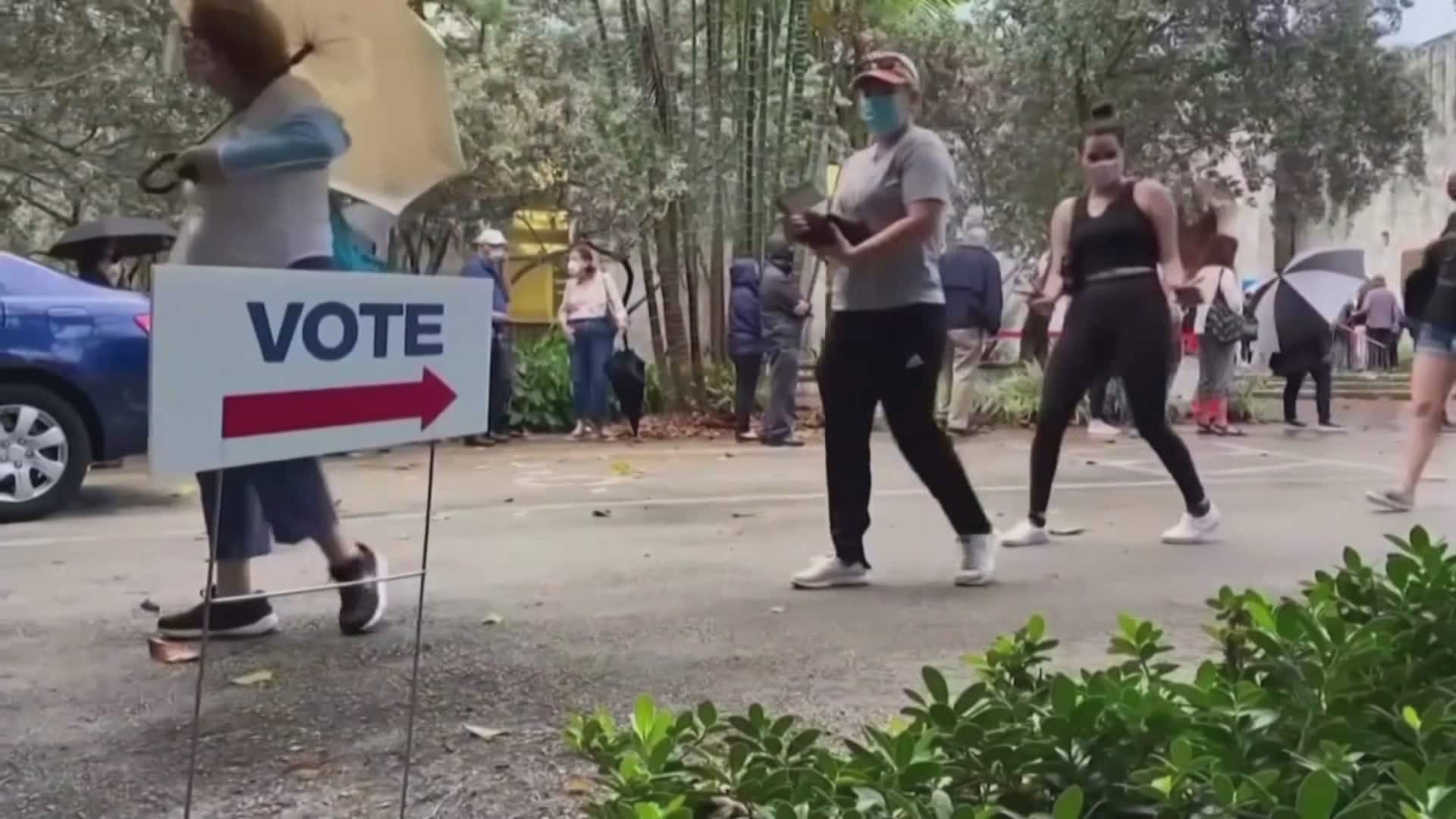 Urszula Gacek, head of the Organization for Security and Co-operation in Europe’s election observation mission to the U.S., says her organization has been monitoring every American election since 2002. They’ll be watching for actions that could inhibit the democratic process.  14:31

“The outcome of Tuesday’s election hung in the balance for hours,” The Associated Press reported in 1968. In that year, as well as in 1976 and 2004, candidates conceded to the eventual winner early morning or midday on the Wednesday.

Americans perhaps got lulled into expecting an immediate result after three landslides in the 1980s followed by two elections in the 1990s that were not especially nail-biting affairs.

Democratic nominee Al Gore famously conceded to George W. Bush after some networks projected Florida to fall for the Republican. Gore soon called Bush back to rescind that concession as more data came in throwing the projection into doubt. Confusing ballots saw some Floridians “overvote” for two candidates and others not sufficiently punch their card for any candidate.

On that Dec. 12, Gore lost a key Supreme Court ruling and conceded the next day. Bush edged Gore by 537 votes in the Florida count.

While those unique circumstances won’t be duplicated, “many of the fundamental pathologies unearthed by the 2000 debacle remain,” writes Richard Hasen in the recent book Election Meltdown: Dirty Tricks, Distrust and the Threat to American Democracy.

“Political actors realized that the courts were fertile grounds for fighting over election rules,” Hasen said.

Indeed, the U.S. Supreme Court has had to rule on a number of rule challenges during this campaign, including Wednesday on Pennsylvania’s absentee ballots.

In terms of the media, the fallout from 2000 saw the Voter News Service consortium ditched and eventually replaced by the NEP.

Election experts have warned that results reported in some states on election night could have a red or blue “mirage” — a scenario in which one candidate is ahead but votes counted later show a decided advantage for the other candidate.

Pennsylvania, for example, has reported that Democrats had requested mail-in or absentee ballots by more than a two-to-one margin over Republicans.

Our bipartisan National Council on Election Integrity released a new statement — in wake of President Trump’s comments that it would be “inappropriate” to count votes after election night — on why we must count every vote this November. Read it here: <a href=”https://t.co/YIBf9iDuSY”>https://t.co/YIBf9iDuSY</a>

In the 2018 midterms, Trump targeted a Florida election official with unsubstantiated allegations of criminal wrongdoing as he seemingly refused to accept that absentee ballots with a decided Democratic advantage began to be tabulated after election night. Those votes narrowed the advantages Republican candidates held — and ultimately retained — in Florida’s gubernatorial and Senate races.

The transition of power relies heavily on good faith dealings between candidates. Trump has only said he’d concede if this year’s result is “fair,” though he hasn’t defined what that means.

Hasen lobbies for the centralized reforms and an end to “blue state” and “red state” approaches to election rules. In order for Americans to respect results this year and beyond, he says, a bipartisan group of respected political elders may need to be called on to attest to the contest’s fairness.

One such group, the National Council of Election of Integrity, slammed Trump’s comments on Tuesday.

“Trump is more a symptom of the American electoral system’s malfunction than a cause,” Hansen wrote. “The problems will exist even after he leaves the political scene.”

What do you want to know about the U.S. election? Your questions help inform our coverage. Email us at Ask@cbc.ca