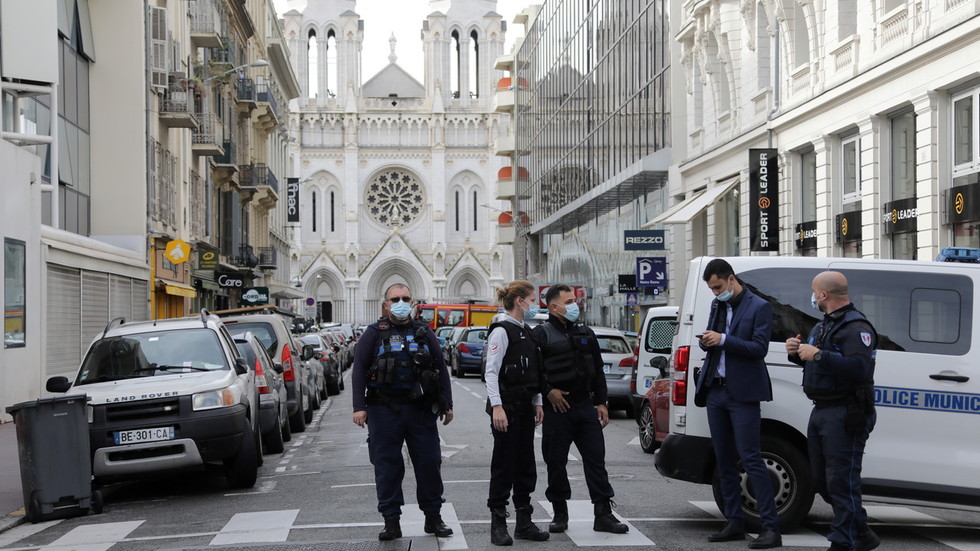 A knife-wielding attacker beheaded two of the three victims at the Notre Dame church in the center of the French resort city of Nice, First Deputy Mayor Anthony Borré told RT France.

Shocking media reports on Thursday morning indicated that one of the churchgoers was beheaded, but the deputy mayor of Nice confirmed to RT France by phone that the reality turned out to be even grimmer.

“The assailant beheaded a woman and then a man who was working at the church,” Borré said. He added that the third person managed to flee outside (French media reported it was a woman), but her wounds were too severe and she passed away later.

Those who died are victims of “Islamic barbarism,” as the attacker shouted ‘Allahu akbar’ several times, the deputy mayor said.

Also on rt.com What is known about suspected French church attacker: Media reveal details about man believed to have killed 3 in Nice

The perpetrator, who is yet to be officially identified, was injured by police and arrested. “He’s alive, but seriously wounded.”

The authorities are now working to establish if the attacker had any accomplices. “There are 3,000 CCTV cameras in Nice… We’re eager to find anybody who could be associated with this terrorist act,” Borré said.

The incident resulted in the French authorities putting the whole nation on high alert.

The beheadings in Nice were followed by an alleged knife attack on police officers in the city of Avignon, in which the assailant was gunned down.

Meanwhile, a district mayor of the French city of Lyon said the national police arrested a man who was carrying a “long knife.”

Later in the day, a man in possession of a knife was arrested near the Saint-Martin church in Sartrouville, according to media reports.

“War” has been declared against France, Borré said. “We witness this day after day.”

It’s time for us to wage this war, using all the necessary means.

The attacks come after the French government vowed to crack down on Islamic extremism in the country in response to the beheading of schoolteacher Samuel Paty by a radicalized Chechen refugee earlier this month. The teacher was allegedly targeted after he showed caricatures of the Prophet Mohammed to his students during a lesson on freedom of speech.