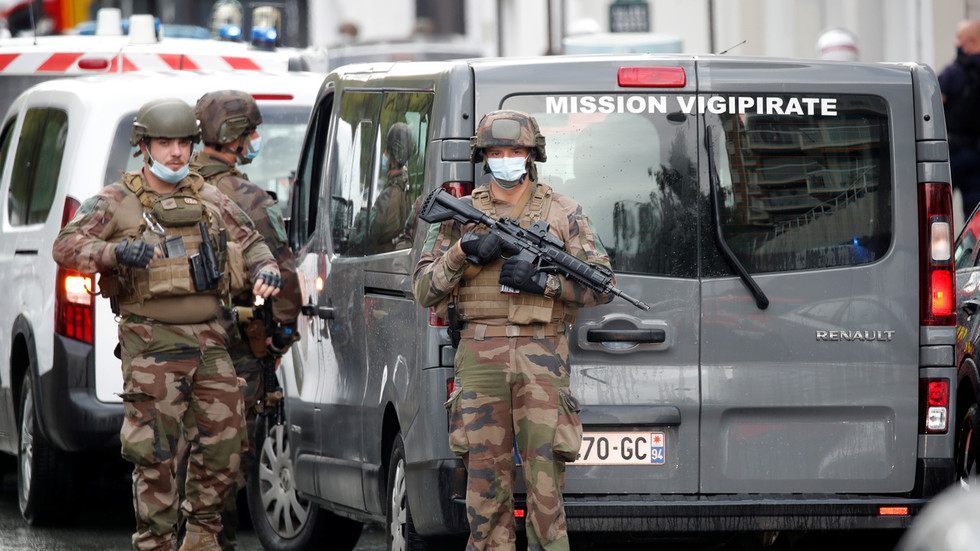 A man armed with a knife has been detained by national police in Lyon, following a suspected terrorist attack in Nice and an incident involving a knife-wielding assailant in Avignon.

The mayor of the Perrache district, located in the 2nd arrondissement of Lyon, announced on Thursday that law enforcement had arrested a man who was carrying a “long knife.”

“Thank you to the police for their effective intervention which made it possible to avoid a new tragedy!” tweeted Mayor Pierre Oliver.

The suspect was an Afghan national armed with a 30-centimeter knife, local media reported. He was detained after trying to board a streetcar.

Hours earlier, three people were killed at a church in Nice. The suspect shouted “Allahu Akbar” as he used a knife to attack the congregation. Later, French media reported that a knife-wielding man was fatally shot after trying to assault a group of police officers in the southeastern city of Avignon.

France has raised its terror alert system to the maximum level following the suspected terrorist attack in Nice.