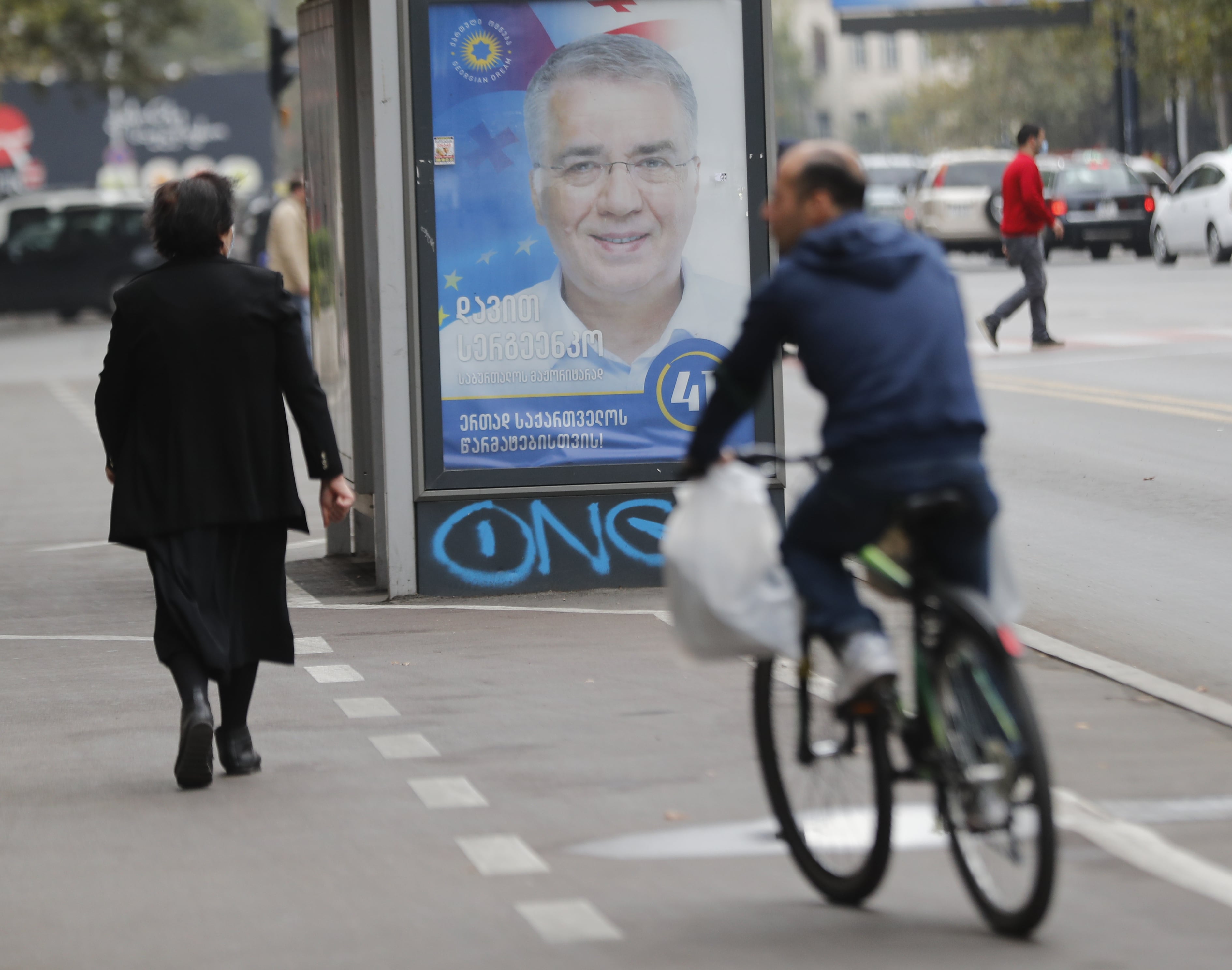 The conflict in Nagorno-Karabakh between Armenia and Azerbaijan has occupied most of the European media and political focus in recent weeks; understandably so, given the threat to regional stability and security.

The US, EU and others have rightly pushed for peace, and we must all hope that the negotiated ceasefire will hold, and constructive peace talks can be held. Georgia, a neighbor of both countries is seen as a neutral arbiter and has offered to help broker a solution alongside the bigger international players.

Georgia is a reminder that the short-term imperative of peace in Nagorno-Karabakh is not the only priority for the European Union, in the Black Sea region on our doorstep. The natural partner of peace – as so many European countries have learned in the past 75 years – is democracy. The October 31 poll is a chance for the 3.7 million inhabitants of Georgia to participate in free and fair parliamentary elections, demonstrating once again that the country’s image as the pre-eminent Western ally in the region is well-deserved.

These elections are particularly significant because they mark a major milestone on Georgia’s road to becoming an EU member state. The incumbent Georgian Dream government earlier this year passed a new electoral reform to move the Parliamentary elections to a part-proportional system. This reform was recommended by both the US State Department and the European Commission: once the government proposed the reform, it received vocal and consistent support from both major powers, as well as governments in Berlin, Paris, London and elsewhere.

Inexplicably, local opposition parties, led by the maverick former President Mikheil Saakashvili, voted against the reforms backed by the US and EU. Fortunately, the governing party mustered enough votes to pass the reforms that had overwhelming support amongst the Georgian public.

A statement from leading MEPs warmly welcoming the new electoral system said that it “marked a turning point in Georgia’s political life … We wish to congratulate all the participants of this sometimes-arduous political dialogue for putting the greater interest of their country and their citizens first”.

These elections, then, are set to be the fairest and most inclusive in Georgia’s history – even despite the COVID pandemic that has forced the EU and others to cancel their planned election observation missions. That the new part-proportional system is closely aligned with the electoral system used for elections to the European Parliament is no accident.

The Georgian Dream government has not been shy about announcing its desire to apply for membership of both the EU and NATO. It is a core element of the country’s program and has the support of fully 80 per cent of the Georgian population. Over the past decade, Georgia’s political leaders have taken major steps towards both the EU and NATO: the implementation of an Association Agreement with the EU; accession to the MISP cybersecurity platform; and hosting multinational NATO exercises in 2019 and 2020.

The support for Georgia in the European community remains extremely strong. EU funding has helped Georgia to weather the COVID pandemic, and senior European leaders have welcomed Georgia’s accelerating European direction. Former NATO Secretary-General Anders Fogh Rasmussen said that Georgia has effectively already fulfilled the criteria for NATO membership. Former EU Ambassador Paul Vandoren has written that “Georgia has an unequivocally pro-European (and pro-NATO) government, whose leaders have made no secret of their desire to join both of those exclusive Western clubs. In 2016, an ambitious Association Agreement entered into force between the EU and Georgia. This is an act of geopolitical significance for Georgia, affirming its European identity and its strategic foreign policy priority of developing closer ties with the EU.”

We cannot ignore the regional backdrop to these elections: Russian interference and disinformation is a fact of life across the Black Sea region, and Georgia has suffered as much as anyone. The country remains under partial (and illegal) Russian occupation and cyberattacks – including interference with the elections – are an ever-present danger. It is for this reason that the continued advance of democracy and the determination to hold free and fair elections is all the more impressive.

As for the elections themselves, polls point to a comfortable win for the incumbent government, helped by overwhelming public approval of Georgia’s handling of the COVID pandemic (the country has one of the lowest cases and death rates).

Whoever wins the election, it is essential that European leaders continue to work with the Georgian government to further accelerate the country’s European ambitions. A truly democratic, Western nation in the Black Sea region is a precious thing and provides a rebuke to the authoritarians who wish to sow chaos instead. The people and the authorities of Georgia deserve our congratulations.