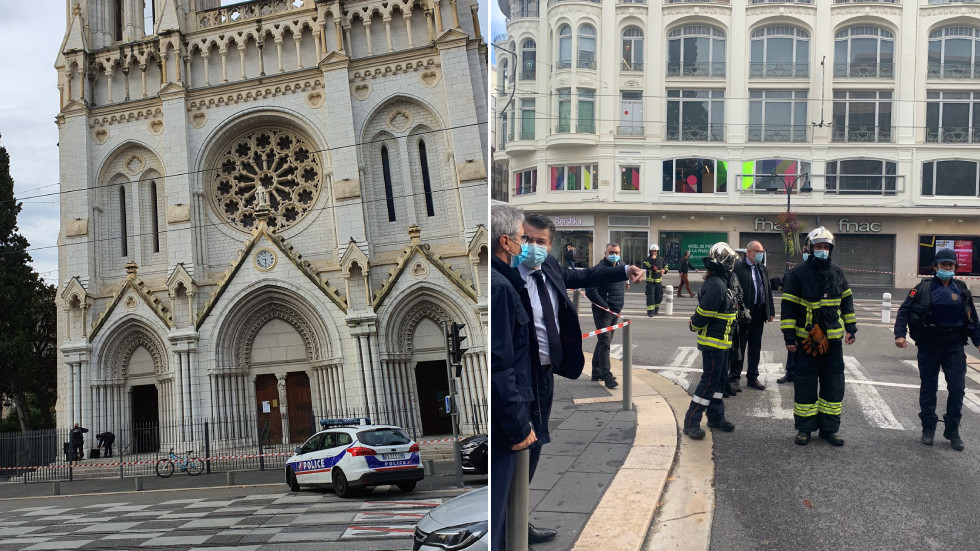 At least three people were killed and several injured in a knife attack near a church in the Notre-Dame area of Nice on Thursday morning. French authorities claim the perpetrator repeatedly shouted “Allahu akbar.”

The public were asked to avoid the area while a major security operation was carried out by armed police.

According to French media, citing police sources, a man and a woman died during the attack. The number of people who suffered injuries during the incident remains unknown.

Media outlets are reporting that the woman was decapitated by the assailant, but this has yet to be officially confirmed by police or government sources.

“Our country can no longer be satisfied with the laws of peace to annihilate Islamo-fascism,” Estrosi said in a Twitter statement, accompanied by the hashtag #SamuelPaty, in honor of the French teacher who was murdered 13 days ago.

The motive for the attack remains unclear but Mayor Estrosi confirmed that, based on the evidence so far, it was a terrorist attack. France’s anti-terrorism prosecutor’s department has launched an investigation into the knife attack.

Meanwhile, police are carrying out a controlled explosion in the area and have asked the public to steer clear while bomb disposal teams work.

Interior Minister Gerald Darmanin has called an emergency meeting to assess the situation and will deploy a crisis unit to help manage the ongoing security operation.

The attack took place just one day after the French interior minister warned that the terrorist threat in the country is “very high” amid rising tensions following the decapitation of educator Paty in an apparent Islamist attack.

The school teacher was killed after showing pupils various cartoons depicting the Prophet Mohammed during a lesson about freedom of speech.

Darmanin said France must continue to fight against “rampant Islamism which is arming people ideologically.”