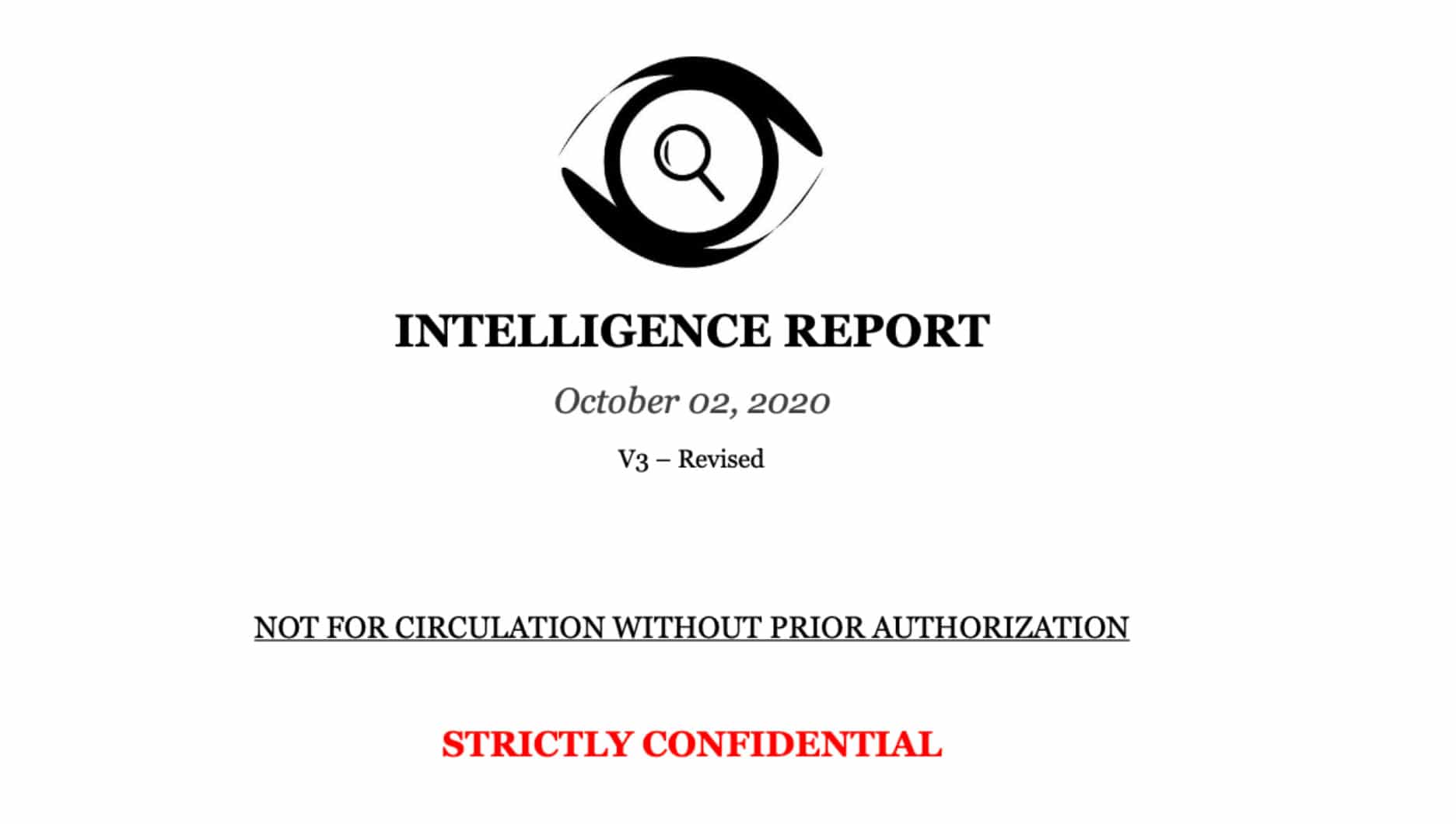 It is not too far-fetched to say that the future survival or extinction of the Homo Occidentalis depends on the results of the US’ presidential election on November 3. Yet, I am afraid it is the case. Ironically, our future will be written either by a few farmers in the American Midwest or few vanguard pseudo-intellectuals on the country’s east and west coasts.

Everything now all depends upon the escalating new Cold War between the West and China and the US election – two events that are autonomous from one another, and yet still interdependent.

What are the chances that China can conquer the world as either Communist or as a democracy? Communist are either few or many, depending on the strategic behaviour of the West, but as a free democracy, China will have all chances as the West will have none.

In this context, the extinction Homo Occidentalis, depends entirely on the outcome of the Cold War. As long as the confrontation goes on balanced and is contained to remain Cold, Western society will be safe and the necessary mutual mistrust will be developed and consolidated to secure peace. Contrary to what is widely perceived as reality, during the 1947-1991 First Cold War between the US and its Western allies against the Soviet Union and its satellites, peace was maintained not because of a “balance of terror”, but because of “mutual mistrust”, which secured fair and honest deals.

This time, however, if the Second Cold War ends with a clear winner, no matter who will be, Western society, together with the Homo Occidentalis, will disappear for ever.

If the Chinese Communists win, they will impose the Maoist Communist way of life on all. The White House will be painted yellow and the Cathedral of Vasily the Blessed (Saint Basil), next to the Kremlin, will be decorated with, instead of candles, Chinese lanterns. As for the Berlaymont, it will be painted green and will become a dormitory for new immigrants. It will be also practical as the main mosque of Brussels is next door, at the Cinquantenaire.

Societies are living creatures and are part of earth’s wider ecosystem, which has its own rules that humans cannot transgress. When a species is extinguished, it never comes back as others a with higher degree of adaptability to the changing conditions prevail. 65 million years ago dinosaurs became extinct because they did not adapt to the changing climatic conditions and since then, never reappeared.

When a civilization disappears, it does so because it has been overtaken and replaced by another and it will disappear together with all of its components, people and principles.

Alternatively, if China loses the Cold War the end of the Western civilization and Homo Occidentalis, will happen, even without any kind of resistance. It will be an unconditional surrender not like the theatrical one Japan signed in August 15, 1945 on board the USS Missouri, but a real voluntary submission of the white to the yellow race.

Once the Western Alliance defeat the Chinese Communists, after the celebrations come to an end in the capitals of the West, and due executions are carried out in Beijing, when the dust settles, China will adopt the Western values of political and economic freedom. At that moment, one and a half billion Chinese people, with a huge working force that can be used to work for a poor meal with no labour laws, will enter into a business competition with the over-regulated Western economies that are full of trade unions, labour laws and socialist rules. It will take no time for China to conquer the West, without resistance and with our compliments.

As the Second Cold War for the Chinese Communists is a matter of domination or death, if they sense they are losing it, they will raise the game by upgrading the war from cold to World War III, which will bring centuries of nuclear winter for all.

Therefore, the best way-out for everyone on the planet will be to keep the conflict cold and keep it going on forever. It will, without any risks, secure the longevity of Homo Occidentalis, and power in the hands of the Chinese Communist elite.

Upon his election in 2016, President Donald Trump opened the Chinese pandora’s box and no matter who will be elected president on November 3, no matter what he does unless he totally surrenders to the Chinese communists, he will not be able to close it.

Under the circumstances, there is nothing we can do but wait to see who will win the battle that will determine our future – the farmers of the Midwest or the pseudo-intellectuals of the two coasts.

For the time being, it will be useful to figure out what we should expect from each potential leader of the Western world.

In this context, the antithesis between Trump and the Wall Street elite will amplify and the deep financial establishment will use means available. From the leaderless Democrats and the media-induced street riots to the mobilization of minority and marginal groups. Yet, all of these will be rear-guard battles.

To contain China, Trump will have to rebuild from scratch the Western financial system by turning the banks into business facilitators and cancelling all debts in order to get rid of the US’ obligations to China and assist the return of American production units to the United States.

If Joe Biden is elected, domestic riots will immediately stop and, for a short period, domestic peace will be restored. The new president will work with Wall Street and the deep international financial establishment, to maintain the status quo of the economy, pompously introducing leftist-inspired measures in an effort to diffuse the deepening economic and social chaos.

As to the handling of the new Cold War, Biden is unlikely to be as directly involved as Trump.

The Cold War is a matter that, in all cases, with or without the involvement of White House, is handled and operated by the State Department and the Defense and the Intelligence communities.

The Biden Family and the Chinese Communists

The interweaved relations of the Biden family with the Chinese communist party, as depicted in a 64-page strictly confidential intelligence report published on October 2, will legitimize the administration and keep the president out of both soft and hard Cold War decisions and operations.

This means that the fight for survival of Wall Street this time will continue, not against the American president, but against the US administration.