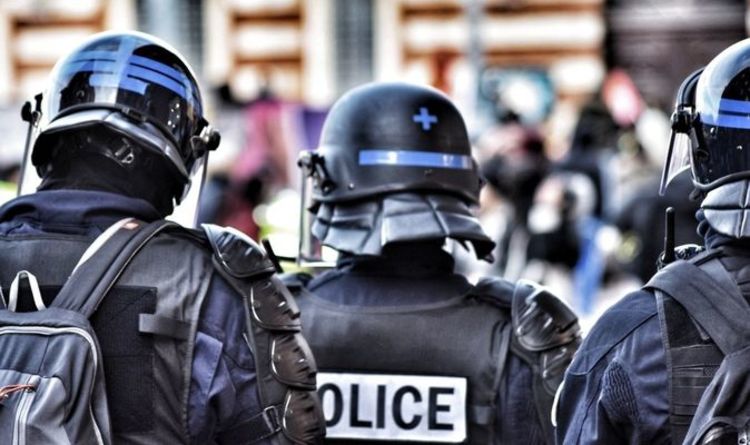 The man was shot dead in Montfavet, near the city of Avignon in the south of France.

He was allegedly shot around 11.15am and is not being treated as a terrorist incident.

After threatening the public with a weapon, police opened fire and killed the assailant according to Europe 1.

An investigation has now been launched into the incident this morning.

It has not been confirmed whether the man injured any members of the public before being shot.

Emmanuel Macron has not yet released a statement on the attack.

The attack comes just hours after three people were killed in the French city of Nice.

Nice’s mayor, Christin Estrosi claimed a terrorist attack occurred at the Notre-Dame basilica at approximately 9am this morning.

He said: “My first words are compassion for the relatives and families of the victims and the parish community.

“And all the people of Nice who are in shock. Nice like France is paying a great price as a victim of Islamo-fascism.

“The attacker did not stop repeating ‘Allahu akbar’ while he was being treated by paramedics in front of us. Enough is enough.”

One victim of the Nice attack had allegedly been almost beheaded by the assailant.

A second victim was also found dead in the church while a third was stabbed several times and died later of her wounds.

French President, Emmanuel Macron is thought to be travelling to Nice.

A guard was also attacked outside the French consulate in Jeddah, Saudi Arabia today.

A suspect was arrested and the guard was taken to hospital, although it is unclear as to the severity of his injuries.