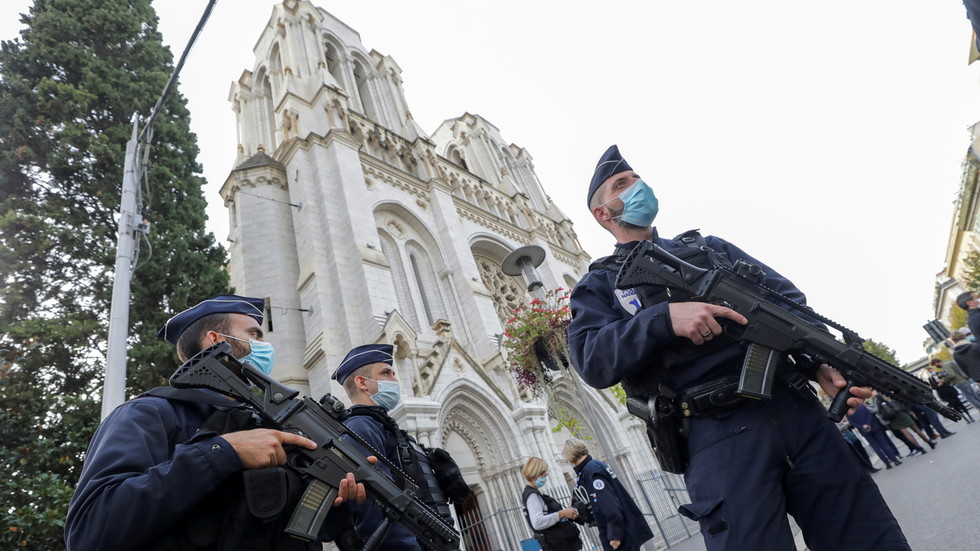 A terrorist attack at a church in Nice which killed three people has been condemned by Ankara. Turkey also expressed solidarity with the French people in a lull to the ongoing war of words between the two nations’ leaders.

The French government has now placed the country on high alert after a slew of incidents on Thursday.

A man and two women were killed in a terror attack in Nice, while police shot an attacker in Avignon who had shouted “Allahu Akbar.” A man in possession of a 30cm knife was arrested near a train station in Lyon, while another knife-wielding man was arrested near a church in Sartrouville.

A wave of condolences and support has poured in for France from around the world.

The Turkish Foreign Ministry said the country stands in solidarity with the French people against terrorism and violence.

There is no excuse to take someone’s life that would legitimize violence. It is clear that the ones who commit such a violent act in a holy place have no respect for any humanitarian, religious, or moral values.

Turkish Presidential spokesperson Ibrahim Kalin also condemned what he described as a “heinous terrorist attack,” and said his country offered its “condolences to the French people.”

Ankara’s message of solidarity on Thursday marked a break from the fierce rhetoric exchanged between French President Emmanuel Macron and his Turkish counterpart Recep Tayyip Erdogan over the past two weeks.

The pair have sparred after the beheading of French teacher Samuel Paty on October 16 on the outskirts of Paris, with Erdogan angry at Macron and other Western leaders for their perceived “anti-Muslim” stance in the aftermath.

Other world leaders also offered their support to France in the wake of the stabbing, including UK Prime Minister Boris Johnson, who said Britain stood “steadfast” in the face of the “barbaric attack.”

Saudi Arabia’s Foreign Ministry also condemned the attack, in a statement that said “extremist actions” are “incompatible with all religions and human beliefs.”

Addressing his “French friends,” Dutch Prime Minister Mark Rutte said: “You are not alone in the fight against extremism. The Netherlands is next to you.”

The Pope called on the French people to “respond in a united way to evil with good,” and Vatican spokesperson Matteo Bruni said: “Terrorism and violence can never be accepted.”