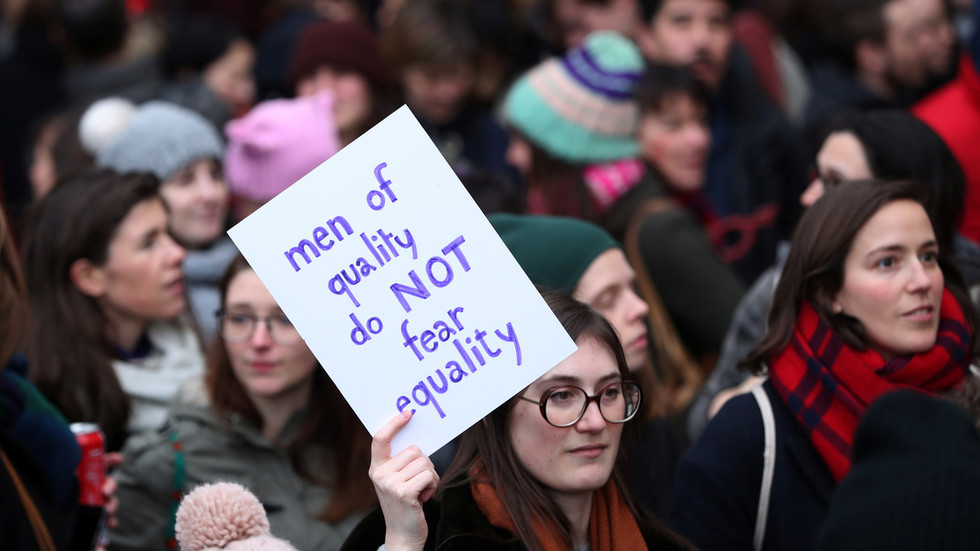 It may take the European Union more than half a century to reach complete gender equality if member states continue at the current pace, a new report shows. To make matters worse, the coronavirus pandemic is slowing progress.

The EU is still at least 60 years away from complete gender equality, the European Institute for Gender Equality (EIGE) revealed in its latest Gender Equality Index. The reason is simple: the bloc is improving by just half a point each year, and now the score is 67.9 out of 100. One point signals inequality and 100 equals parity.

Gender equality, defined as “equal rights, responsibilities and opportunities of women and men,” has been monitored across the EU for a decade. The main factors that are examined are work, money, knowledge, time, power and health.Sweden, Denmark and France maintain the top spots among the EU member states. Italy, Luxembourg and Malta have each gained around 10 points since 2010, but Greece, Hungary and Romania are lagging behind other states.

“We have seen small, steady gains year on year but this time we have a reason for concern,” said EIGE’s director Carlien Scheele. “The coronavirus pandemic poses a serious threat to gender equality progress, which we cannot afford.”

Also on rt.com Is ‘Grease’ sexist? ‘Good Morning Britain’ viewers tell show to ‘get a life’ over debate on classic 70s romcom

This year’s index has focused on the effects of digitalization, warning that women are underrepresented in developing artificial intelligence and digital start-ups, as men dominate the development of new technologies.

Segregation in education and work is still among the biggest problems holding back gender equality, the institute said, citing a concentration of either women or men in certain subjects or jobs.

The European Parliament is for the first time holding a European Gender Equality Week on October 26-29 to address the issue and discuss future challenges for the advancement of girls’ and women’s rights and gender equality.