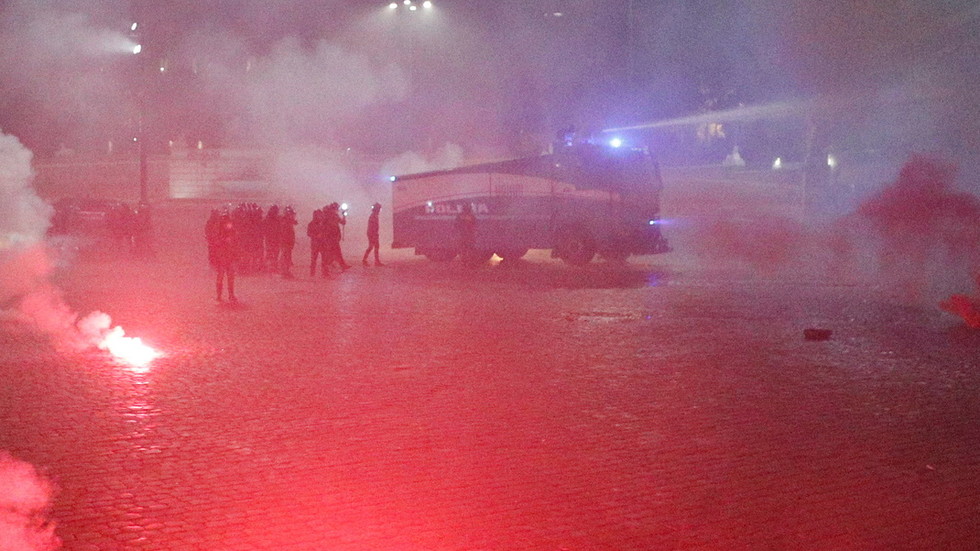 A protest rally near Rome’s historic Piazza del Popolo square descended into violence on Tuesday night as several hundred demonstrators took to the streets to demand an end to new Covid-19 policies imposed over the weekend, which include a 6pm curfew for bars and restaurants and shutdown orders for public facilities such as gyms, swimming pools and movie theaters.

In other videos making the rounds on social media, protesters were seen returning fire with rocks, bottles and other makeshift projectiles as they braved water cannons and tear gas.

In a 5th day of protests against Conte’s socialist government forcing draconian Coronavirus lockdown rules which have devastated lives and businesses, Rome seen the most fierce clashes so far tonight ?? Jack Dawkins pic.twitter.com/fZvh6p0q9b

As with similar demonstrations that erupted across Italy on Monday, activists chanted “Liberta!” (“Freedom!”) as they called on the government to repeal the new lockdown, imposed amid a spike in coronavirus infections some health experts have deemed a “second wave” following a peak in the country’s outbreak last spring.

To date, Italy has tallied more than 564,000 infections and nearly 38,000 deaths, recording in excess of 17,000 new infections between Monday and Tuesday alone, and a record 21,000 the day prior. While fatalities have generally remained lower than the high-point seen over the spring, the country reported 221 new deaths on Tuesday, the highest daily death toll since May.