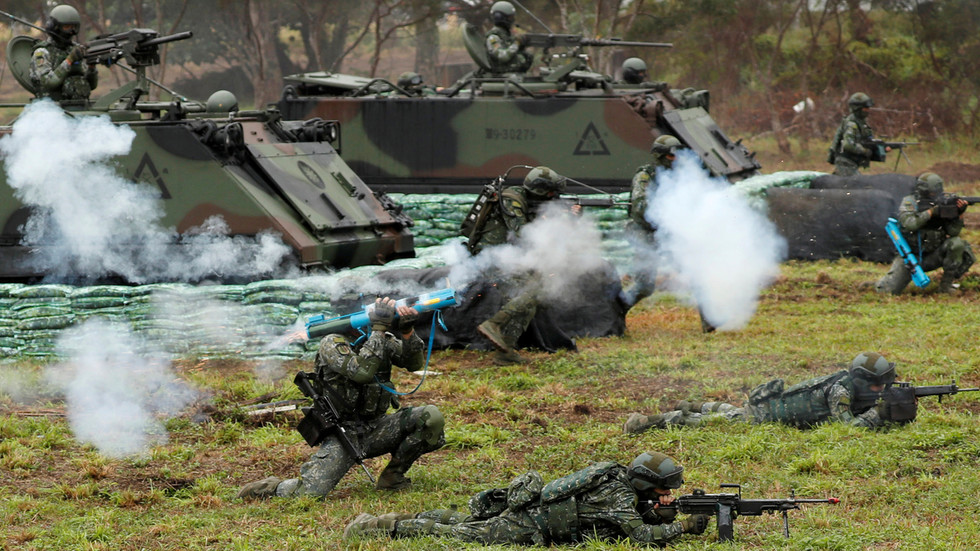 China is demanding that the United States end its plan to sell arms to Taiwan and is urging Washington to stop any military contact with the island, Beijing’s military spokesperson said on Tuesday.

The US approved a plan on Monday to sell Harpoon missile systems worth $2.37 billion to the island, prompting the Chinese Defense Ministry spokesperson Ren Guoqiang to urge Washington to stop such sales. Beijing also called on the US to immediately “stop military contact” with Taiwan.

The approval of the arms sales “severely violates the one-China principle,” Ren said, while external interference must be ruled out in the Taiwan question.

The Chinese People’s Liberation Army (PLA) has the resolve and the ability to defeat foreign interference and separatist attempts for “Taiwan independence,” Ren explained, adding that the military will take all necessary measures to continue to advance national reunification.

Also on rt.com China to make ‘necessary response’ after US approves $1.8bn arms sale to Taiwan

The Democratic Progressive Party (DPP) in Taiwan wants to arm themselves exactly “to resist the reunification and realize secessionism,” the Taiwan Affairs Office of China’s State Council said on Tuesday. However, such policies will only “bring a bigger disaster to the people of Taiwan,” it added.

On Monday, Beijing announced plans to impose sanctions on US companies involved in arms sales to Taiwan.

Taiwanese Defense Minister Yen De-fa clarified last week that the island will not seek an arms race with China, and only acts in line with the strategic concept of “heavy deterrence.”‪