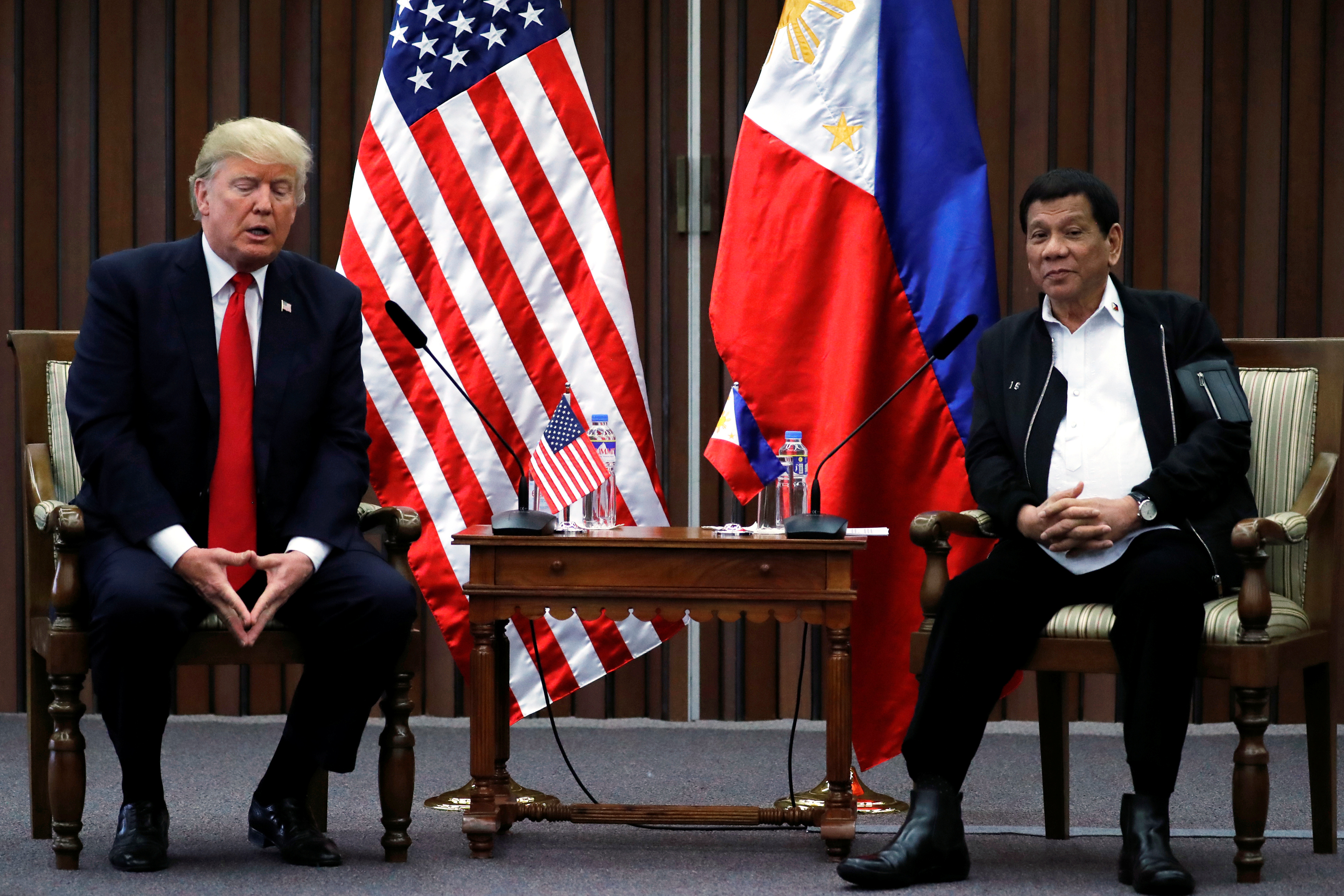 The past four years have seen a global rise in populist right-wing leaders with distinctly authoritarian tendencies. The paradoxical tendency of populist leaders to win on anti-corruption platforms only to then themselves engage in alleged corruption has been widely noted. But there remains much more to say about the underlying causes of this conundrum.

Three leaders whose rise and rule illustrate the underlying vulnerabilities of anti-corruption systems which populists exploit are Donald Trump in the United States, Jair Bolsonaro in Brazil, and Rodrigo Duterte in the Philippines. All used existing popular distrust of government and high perceived levels of corruption to their rhetorical advantage on the campaign trail. Once elected, they then used their offices to further weaken institutional venues for combating corruption by bypassing them, co-opting them with political appointees, and ousting critics.

The results of this strategy are evident in the American, Brazilian, and Philippine judicial systems, and in the perceived increase in corruption in all three nations. The ongoing coronavirus pandemic has exacerbated the corruption challenges in all three countries, while also providing Trump, Duterte, and Bolsonaro with an opportunity to expand personal power through emergency measures.

An initial similarity among these three populists emerged on the campaign trail. Trump, Bolsonaro, and Duterte each deployed anti-corruption rhetoric in their campaigns. Yet they explicitly rejected traditional, institutional mechanisms to fight corruption, offering instead to fight corruption as individuals or through close allies. Trump’s campaign characterized liberal politicians as “elites” and repeatedly portrayed the political establishment as irredeemably corrupt, famously adopting the slogan “drain the swamp.” He coupled these claims with blatant attacks on established institutions that effectively combat corruption, particularly the FBI. Referring to the FBI’s decision not to prosecute Hillary Clinton over her use of a private email server, Trump called the system “rigged,” saying that the “FBI knows” that Clinton was “guilty.”

Duterte’s campaign rhetoric closely resembled Trump’s. He famously promised to punish “friends, close friends, closest friends” if he caught even a “’whiff” of corruption. Duterte here equates governmental probity with personal probity. His promise implied not only that he would not tolerate corruption, but also suggested that his personal oversight was the only oversight needed.

Bolsonaro paralleled Trump’s and Duterte’s personalized approaches, saying that he would “fight corruption with radicalism.” However, Bolsonaro also relied on the personal appeal of his close ally, the popular “Lava Jato” judge, Sergio Moro. Lava Jato (Operation Car Wash, in English) was an anti-corruption investigation that led to the arrest and conviction of former President Luiz Inácio Lula da Silva, Bolsonaro’s most formidable political rival, but recent leaks suggest that the investigators had strong biases against Lula and his party, the Partido Trabalhador. Bolsonaro praised the Lava Jato investigation repeatedly and approached Judge Moro prior to the election, offering him the position of justice minister.

It is not coincidental that Bolsonaro, Trump, and Duterte, on three different continents and in three different years, took office with similar rhetoric. These leaders rose to power at a time when trust in institutions and traditional anti-corruption mechanisms was very low. Prior to the elections of Bolsonaro and Duterte, Brazil and the Philippines both elected progressive presidents who promised to strengthen anti-corruption institutions, only to see those presidents tainted by corruption scandals themselves. In Brazil, former President Lula was convicted of money laundering in 2017 and 2019, and his successor Dilma Rousseff was impeached in 2016. In the Philippines, President Benigno Aquino won on a traditional anti-corruption platform but his administration was tainted by scandals, and the Philippine anti-graft agency recommended he be charged with corruption. Following the failure of these previous governments, levels of perceived corruption in Brazil and the Philippines had generally increased in the years prior to Bolsonaro’s and Duterte’s elections.

In the United States, while Americans believed government corruption was endemic, this number was stable prior to Trump’s election. Income and wealth inequality, however, were not. High levels of inequality, coupled with high levels of distrust, apparently strengthened resentment towards economic and political elites, providing the right environment for Trump’s “drain the swamp” rhetoric. A perception of corrupt political or economic elites strengthens the appeal of the populist narrative, and Trump, Duterte, and Bolsonaro expertly exploited this perception.

Despite their anti-corruption platforms, all three administrations have been plagued by corruption accusations. Bolsonaro’s son, Senator Flavio Bolsonaro, is currently under investigation for allegedly giving jobs in his cabinet to the family members of his political allies. These employees were reportedly paid with taxpayer money, did no actual work, and received only a fraction of their nominal salary, the rest of which Flavio Bolsonaro allegedly laundered and funneled to a militia being investigated for the murders of Brazilian left-wing activists and politicians. President Bolsonaro not only defended this militia, but his wife also received 89 million reals (over $16 thousand) from a political staffer accused of laundering money through the militia, whom Bolsonaro described as his friend and “soldier.”

Trump’s corruption issues have been constant since his inauguration. He has openly accepted alleged “emoluments,” foreign and domestic government payments and benefits forbidden by the U.S. Constitution. He is only the third American president ever to be impeached, and he may face criminal prosecution if he loses the 2020 election. (Disclosure: One of the authors served as impeachment co-counsel and as counsel in civil litigation over the emoluments.) Trump is being investigated for, among other things, his alleged “tax dodges, illegal campaign contributions, and improper foreign contributions to his inaugural committee.” Trump could also potentially face charges on at least some of the 10 possible instances of obstruction outlined by Special Counsel Robert Mueller. Seven of his former aides have been prosecuted, pled guilty, or been convicted for various offenses, and a wide array of corruption allegations have been levied against his family members and associates.

Duterte’s administration has been similarly mired in scandal. Duterte’s close ally Oscar Albayalde, previously a leading police officer in his drug war, was charged with corruption and allegedly covered for police enmeshed in narcotics trafficking. Albayalde is not alone. In August, the chief executive officer of the Philippine Health Insurance Corporation, Ricardo Morales, resigned as he and several other important members of the state corporation are facing graft charges. While Duterte announced that Morales would face charges, it was Duterte who had named him to head the public insurance corporation in the first place. Corruption allegations run even closer to home for Duterte. His daughter’s law firm, Carpio and Duterte Lawyers, “is not registered with the Security & Exchange Commission (SEC),” according to media reports, calling into question how the firm has been paying taxes over the past decade.

While these specific corruption allegations offer examples of the failure of these populist leaders to live up to their rhetoric, they also reflect a broader institutional backsliding. Duterte, Bolsonaro, and Trump have sought to consolidate their personal power at the expense of existing institutions, and this has had severe negative impacts on the justice system, hindering anti-corruption efforts. All three presidents have been accused of “politicizing” the courts and leveraging friends and political allies in law enforcement to protect them and their inner circles.

The erosion of the rule of law and transparency during the Trump administration has been far-ranging. Trump’s myriad outrages, such as attacking judges, prosecutors, and even the forewoman of a jury that issued a verdict against a well-known associate, Roger Stone, are detrimental to an independent legal system. His appointment of William Barr as his attorney general has had deeper long-term consequences. To take only one of the many examples, the Stone case demonstrates Barr’s meddling to protect the president. According to Aaron Zelinsky, a prosecutor in the Stone case, his Department of Justice supervisor “pressured” prosecutors to “minimize Stone’s conduct” and recommend a “substantially lower sentence.” Further, “days before the intervention” Barr also replaced the previous U.S attorney for the District of Columbia with his aide Timothy Shea, who according to Zelinsky was “afraid of the president.” Other examples abound.

In Brazil, the justice system has been similarly destabilized. Earlier this year, Bolsonaro accused the Supreme Court of “committing abuses” after it authorized probes into allegations that Bolsonaro had personal motives for federal police appointments. Like in the United States, key rule-of-law actors have pushed back. The Supreme Court has also been investigating “anti-democratic rallies,” arrested militant Bolsonaro supporters, raided the offices “of alleged organizers,” and issued subpoenas “for communication records of federal lawmakers close to Bolsonaro.” The confrontation between Bolsonaro and the Supreme Court escalated when the president said the armed forces “won’t accept a politicized trial to destroy a democratically elected president.”

Duterte too has meddled with the Philippines’ justice system. In 2018, the Supreme Court voted in favor of a government petition to remove a chief justice whom Duterte had labeled an “enemy.” She had vigorously opposed Duterte’s declaration of martial law in 2017 and questioned Duterte’s labeling of several public officials as drug suspects in 2016. Duterte’s ouster of Maria Lourdes Sereno was a serious blow to the judicial independence of the Philippines, leaving behind “a puppet Supreme Court.”

These tensions have been brought to a head by the current coronavirus crisis. The pandemic has provided these three populists a unique opportunity to increase and consolidate their personal power at the expense of checks and balances in their countries. This has also resulted in increased misconduct, bringing the cycle of institutional weakness and corruption to a new extreme.

In the Philippines, Duterte claimed emergency powers, which he then used to arrest, as of early April, “almost as many people for violating Covid-19 curfews and lockdowns as it [the Philippines] had tested for the virus,” according to media reports. Duterte even announced that the military would “shoot dead” coronavirus “troublemakers.” Meanwhile, officials from the Philippines Public Health Insurance Agency were accused of stealing $300 million last year and are currently under investigation.

Trump displayed a similarly troubling pattern of behavior. He claimed that the question of when to lift coronavirus restrictions in different states was his decision, rather than that of states’ governors. He then attempted to dictate how public schools and universities handled the crisis by threatening to withhold education funding and withdrawing tax exemptions. While Trump threatened schools, his friends, political donors, and allies have seemingly been enriched with Paycheck Protection Program loans designated for small businesses. Oversight remains hobbled, including by the president’s interference.

Like Trump, Bolsonaro has found himself embroiled in fights against 24 of Brazil’s 27 governors, who sought to implement stricter measures in their states to prevent the spread of the coronavirus. When asked whether he would use the pandemic to “mount a coup,” Bolsonaro replied: “If I was I wouldn’t say so.” The country has likewise failed to prevent funds designated for medical equipment from being diverted, and contracts worth nearly 1.5 billion reals (nearly $280 million) are being investigated for fraud.

The co-optation of anti-corruption rhetoric is a continued danger to democracy and anti-corruption efforts globally. The effect of populist leaders on key institutions is evident in Brazil, the Philippines, and the United States. The coronavirus crisis has made the dangers of these weakened institutions plainly apparent: As millions struggle financially during the pandemic, government responses have been hindered by nepotism and graft. The question for Brazil, the Philippines, and the United States remains how to rebuild. Future governments must restore and strengthen traditional anti-corruption mechanisms that have been weakened in recent years, as well as the public trust. Both are fundamental to preventing a similar cycle of institutional destruction from occurring in the future.