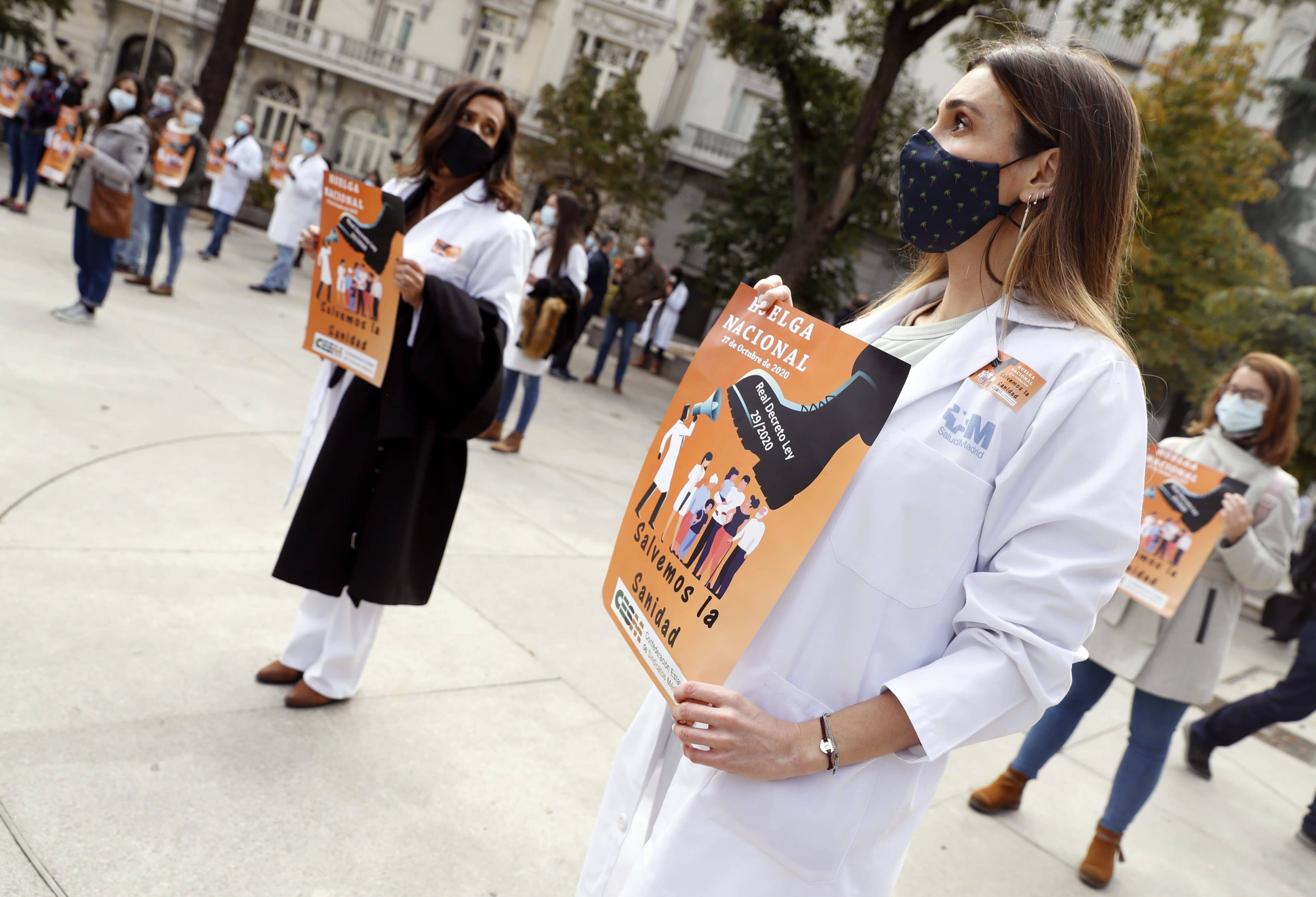 Spanish doctors staged a national strike on Tuesday to demand better working conditions as the country is tackling a sharp rise in coronavirus infections.

The State Confederation of Medical Unions, which organized the action, said that about 85% of the country’s 267,000 doctors took part in the symbolical walkout. This is their first national strike since 1995.

The doctors protested outside parliament in Madrid, holding posters of a black boot about to stomp on a group of healthcare workers. They, however, went in to ensure minimum service requirements so that patients were not left alone.

Spain ended its national lockdown in June, but the country is currently dealing with a second wave of infections. According to the health ministry, the number of new cases rose by 52,188 over the weekend, bringing the total to 1,098,320. The death toll jumped by 279 to 35,031.

On Sunday, Spain entered a second state of emergency, enabling a night-time quarantine to be enforced across the whole country except the Canary Islands. The new measure will remain in place for at least two weeks, and a further extension would need parliamentary approval, according to the constitution.