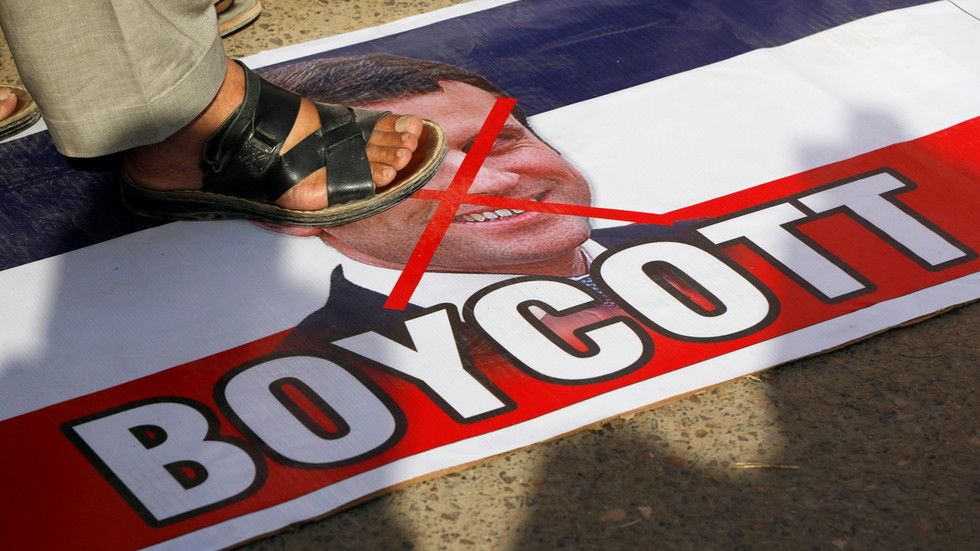 Malaysia’s foreign ministry has summoned the French ambassador in Kuala Lumpur to complain over what it called hate speech and attempts to defame Islam by top officials in France, including President Emmanuel Macron.

Macron has defended the display of cartoons of the Prophet Mohammed in French classrooms and vowed to intensify efforts to prevent radical Islam from subverting the country’s European values.

The president’s statement, which angered many Muslims, came after a French teacher who had shown his students cartoon depictions of the Prophet from the satirical magazine Charlie Hebdo, was brutally beheaded in the street near Paris earlier this month.

On his arrival to the foreign ministry, French charge d’affaires Gilles Barrier was told that Malaysia strongly condemns “any inflammatory rhetoric and provocative acts that seek to defame the religion of Islam.”

Macron’s words as well as the display of caricatures of the Prophet Mohammed, which Muslims consider blasphemy, on buildings in France only leads to “elevated tensions,” the ministry pointed out, adding that such behavior “doesn’t bode well for the peaceful co-existence of all religions.”

In a separate statement, Malaysia’s Foreign Minister Hishammuddin Hussein insisted that freedom of expression, which Paris was defending in the form of the cartoons, shouldn’t infringe or violate the rights of another.

“In this context, to denigrate and tarnish Islam’s Holy Prophet and to associate Islam with terrorism are certainly beyond the scope of such rights,” he said.