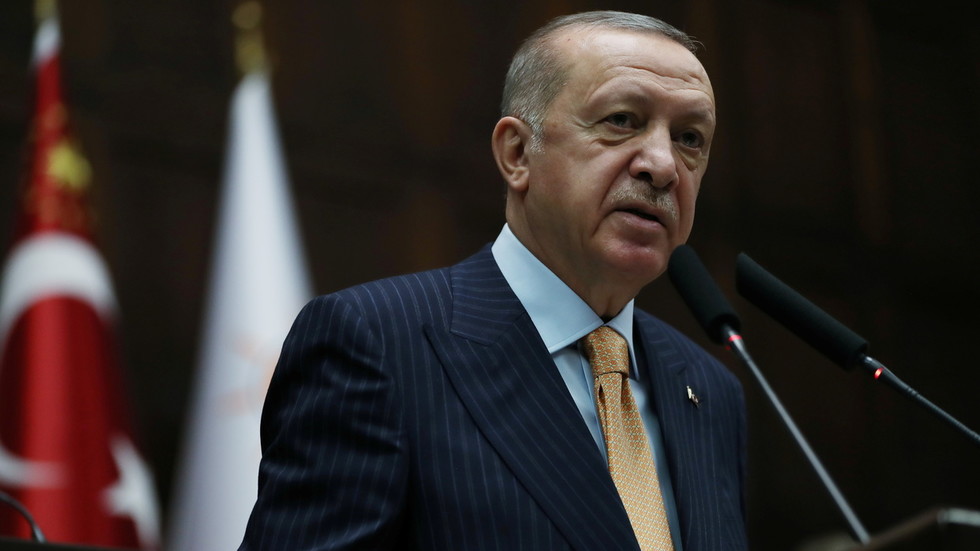 The Turkish president has claimed that Europe is returning to the Barbarian period, citing Western interference and attacks on Muslim values as he continues his feud with European leaders over Prophet Mohammed cartoons.

Speaking in parliament on Wednesday, Turkish President Recep Tayyip Erdogan slammed European interference in the Muslim world and hit out at flagrant disrespect towards Islam.

Erdogan contended that the hateful, anti-Islam policies of Macron and the republication of Charlie Hebdo’s caricature of the Prophet Mohammed were a sign that Europe is returning to barbarism.

Erdogan condemned European intervention in Lebanon, Algeria and Rwanda. He claimed that Europe has invaded “every country” in Africa to look for “diamonds, phosphate and gold.”

“You are the murderers,” he declared.

It is like they want to start the Crusades again. Since the Crusades, the seeds of sedition and hatred that came from Europe began to fall on these lands, and then peace was broken.

Erdogan’s statement came in response to Wednesday’s Charlie Hebdo publication which depicts him sitting in his underwear, drinking from a can and lifting the dress of a woman wearing an Islamic hijab.

He said he is not saddened or angered because of the abominable assault on him personally, but because it is the same source that disrespected the Prophet Mohammed.

Ankara has already warned that it is preparing legal action in response to the caricature of Erdogan.

A French government spokesperson responded on Wednesday, stating that France will continue its fight against Islamic extremism regardless of Turkish “intimidation attempts.”

The spat between France and Turkey flared up after Macron began his battle against radical Islam in the aftermath of the beheading of French teacher Samuel Paty on October 16. Paty had shown Charlie Hebdo’s “blasphemous” image of Islam’s Prophet to his class.

Macron subsequently declared that Islam is “in crisis” and refused to denounce the controversial cartoons of Mohammed published by the satirical journal.

The rhetoric and actions of the French president and his government have angered many Muslims around the world, with leaders in Turkey, Pakistan, Morocco, Iran, and Egypt, among others, slamming Macron and calling for a boycott on French goods.