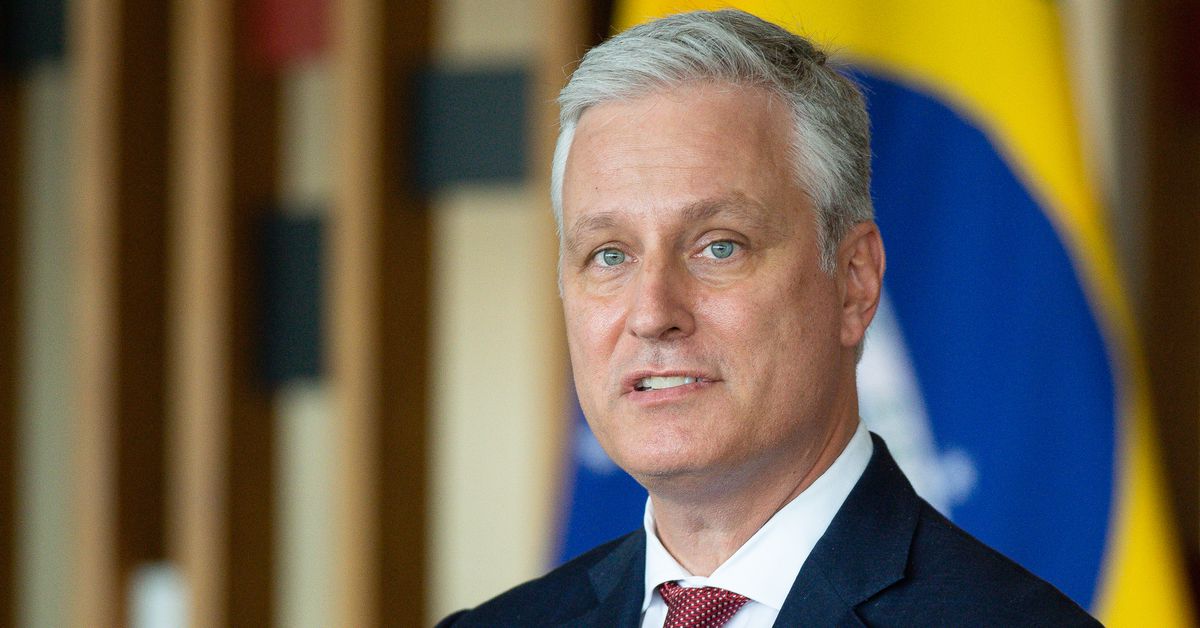 Just a week before the election, Trump’s National Security Adviser Robert O’Brien is visiting key swing states in what appears to be a naked attempt to boost his boss’s reelection chances — a move some say is consistent with a broader administration campaign.

O’Brien traveled this week to Minnesota and Wisconsin, two important swing states, nominally to discuss the centrality of mining and supply chains to building weaponry. But he went to the same locations — a copper-nickel mining region of Minnesota and the Fincantieri Marinette Marine shipyard in Wisconsin — that President Trump and Vice President Pence had both also visited.

National Security Council spokesperson John Ullyot told me that during his travels in these states, O’Brien “held important meetings” crucial to understanding industry’s role in keeping America safe. “The important work of protecting our national security continues regardless of domestic political events,” he said.

But a senior NSC official, who spoke to me on the condition of anonymity in order to discuss the matter freely, said O’Brien is traveling to election hot spots to keep in Trump’s good graces. The staffer said there’s no indication Trump ordered O’Brien to those states, but suggested the national security adviser knows he’s on a shortlist for defense secretary in the president’s second term.

This isn’t new behavior for O’Brien, either.

Last month, he spoke at Drake University in Iowa — an important state for the president to win — about Trump’s foreign policy. While that in itself is not unusual for a national security adviser to do, O’Brien comments veered into the political. “The world is more peaceful and prosperous, we believe, because of the president’s policies,” he stated, adding “there’s more to come in a second Trump term.”

Donald Sherman, deputy director of the Citizens for Responsibility and Ethics in Washington (CREW), a watchdog group, told me it’s quite clear O’Brien is stumping for Trump in his official capacity.

The Hatch Act of 1939 bars most federal civilian workers from engaging in overt partisan political activity — including openly supporting a candidate in a race or using an official capacity to stump for a politician. Some Cabinet departments, including the State Department, augment these statutory limits with additional policies intended to maintain a clear wall of separation between partisan politics and nonpartisan government functions.

But Trump administration officials keep busting through that wall.

During the Republican National Convention in August, Secretary of State Mike Pompeo appeared in a short, prerecorded video produced while on official travel in Israel, using the backdrop of the holy city of Jerusalem to boost Trump’s reelection campaign.

His decision shattered years of precedent in which sitting Cabinet members, and especially high-profile ones like secretaries of state, don’t engage in openly partisan political activities. It was a norm Pompeo’s predecessors in both Republican and Democratic administrations believed was important to uphold.

And then there’s Agriculture Secretary Sonny Perdue, who in August turned an official taxpayer-funded event with food producers in North Carolina into an impromptu rally to support Trump’s reelection campaign.

According to a letter sent by six House Democrats to the department’s ethics chief, standing before the assembled crowd alongside Trump, Perdue told him: “Mr. President, as you saw those throngs of people lining both sides of the road from the airport all the way to Mills River here, those were those forgotten people that voted for you for 2016. And I’ve got better news for you: They and many others are gonna vote for you for four more years in 2020.”

This led to chants from the crowd of “Four more years!”

The OSC in October concluded Perdue had violated the Hatch Act, and forced him to pay back the government for costs related to the event.

Sherman, the deputy director of CREW, said the Perdue example makes clear the US government does actually punish federal employees — even top ones — for violating the Hatch Act, even if the reprimand isn’t particularly severe.

Will you help keep Vox free for all?

The United States is in the middle of one of the most consequential presidential elections of our lifetimes. It’s essential that all Americans are able to access clear, concise information on what the outcome of the election could mean for their lives, and the lives of their families and communities. That is our mission at Vox. But our distinctive brand of explanatory journalism takes resources. Even when the economy and the news advertising market recovers, your support will be a critical part of sustaining our resource-intensive work. If you have already contributed, thank you. If you haven’t, please consider helping everyone understand this presidential election: Contribute today from as little as $3.