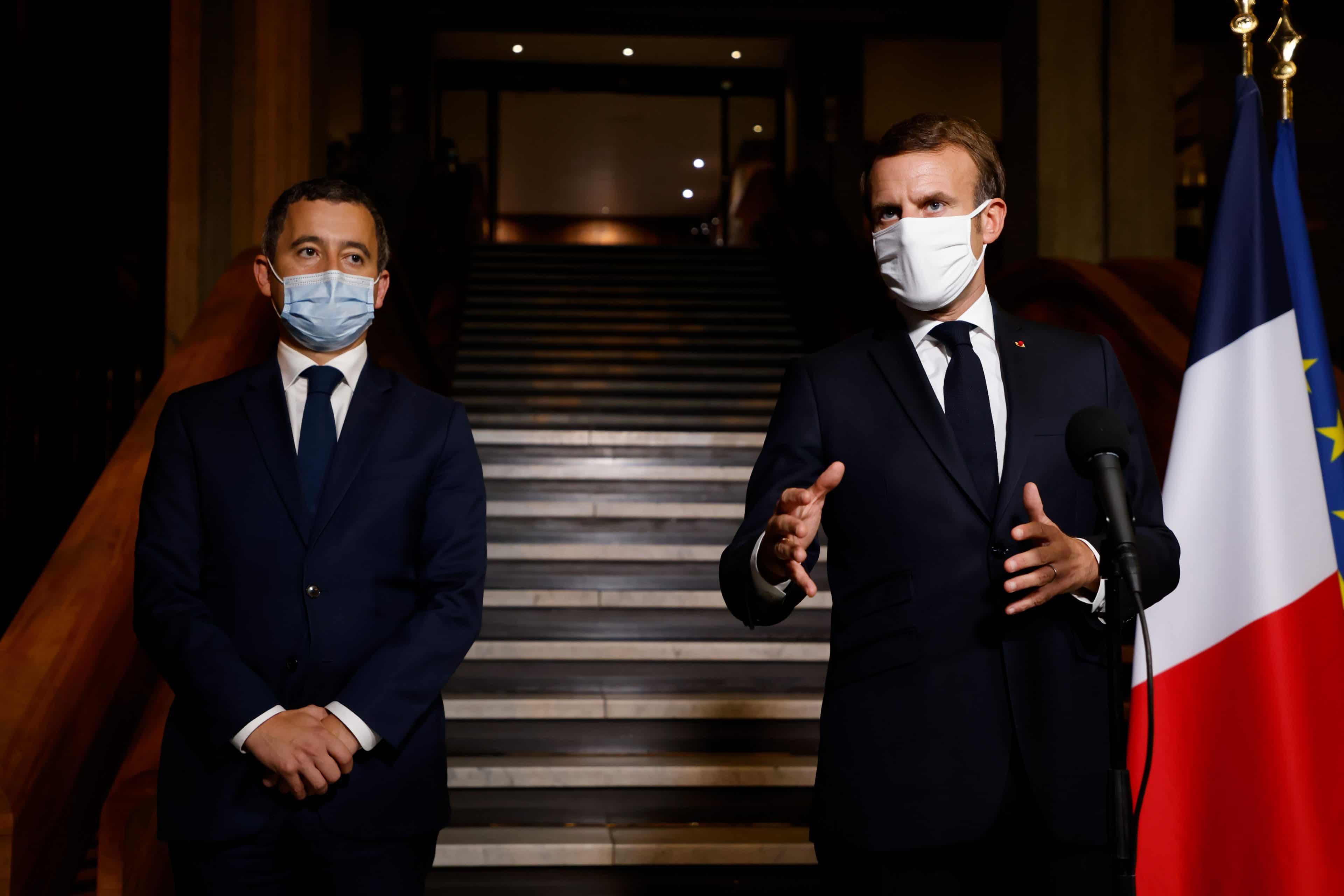 Turkey should not interfere in France’s domestic affairs, the country’s Interior Minister Gerald Darmanin said on Tuesday, after Turkish President Tayyip Erdogan called for a boycott of French goods, in response to what he says is Paris’ “anti-Islam” agenda.

“It should shock each one of us that foreign powers are meddling with what is going on in France,” Darmanin told France Inter radio, Reuters reported.

“Turkey should not meddle with France’s domestic affairs,” he added.

Later in the day, French satirical magazine Charlie Hebdo published its Wednesday’s cover, depicting a caricature of Erdogan sitting in a white T-shirt and underpants and holding a canned drink, along with a woman wearing an Islamic hijab.

The publication added fuel to a row between Turkey and France, with the Turkish presidency vowing to take all legal and diplomatic steps needed in response to the caricature. Turkish media reported that prosecutors in the country had launched an investigation into Charlie Hebdo’s executives.

“Our people should have no doubt that all necessary legal and diplomatic steps will be taken against the caricature in question. Our battle against these rude, ill-intentioned and insulting steps will continue until the end with reason but determination,” the statement by Ankara reads.

“Those who think their most sinister curses are humor, their despicable provocations a political message, and inciting hatred as freedom of expression will perish in the garbage of history. Insult is the weapon of the helpless! The voice of our President Ummah is the breath of the oppressed!”

NATO members are at loggerheads over a number of issues, including the maritime rights in the Eastern Mediterranean, the situation in the war-torn Libya, Syria and now the escalating conflict between Armenia and Azerbaijan over Nagorno-Karabakh.

However, tensions between Paris and Ankara have alarmingly escalated after Macron pledged to fight radical Islamism, a decision that was reiterated after the murder of Samuel Paty, a history teacher who was beheaded by a Moscow-born Chechen refugee for showing cartoons of prophet Mohammed during a class on freedom of speech.

Over the weekend, the Turkish President made a personal attack on Macron, suggesting that he get a mental check-up, due to his “problem with Islam,” prompting France to recall its ambassador from Turkey for consultations.