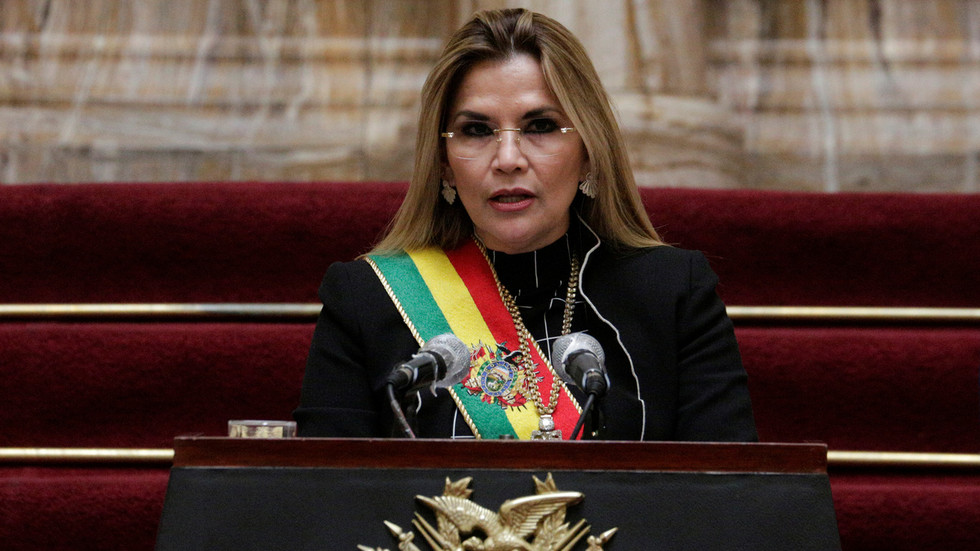 The Bolivian parliament has approved a resolution demanding a criminal case be opened against the nation’s former interim president Jeanine Anez and some of the ministers in her government over their 2019 crackdowns on protests.

The motion says Anez must stand trial over a decree authorizing the army to use force against the protesters back in November 2019, and exempting the military from any criminal responsibility as well as for what was called “massacres” in the cities of Cochabamba and El Alto.

Anez and her government had just ousted President Evo Morales in a coup, and deployed the security forces in a violent crackdown on his supporters. The law enforcement and the military fired live rounds at the demonstrators on several occasions.

At least 37 people died in clashes with the soldiers and riot police officers, according to local media reports. Police and army were even reported to have assaulted processions of mourners carrying coffins of those killed in previous demonstrations.

In addition to Anez herself, seven ministers from her government also face various charges that include corruption and illegal purchase of non-lethal weapons. The list of those that could stand trial involves Foreign Minister Karen Longaric, Defense Minister Fernando Lopez, and Justice Minister Alvaro Coimbra.

Upon learning of the parliament’s decision, Anez rushed to Twitter to declare it an example of political persecution.

“MAS [Movement Towards Socialism party] is returning to its habit of prosecuting those who think differently,” she wrote, even though it was her own government that was accused by Human Rights Watch of persecuting its political opponents.

Anez came to power after Morales, who had ruled the country for some 14 years, resigned under pressure from the military. The November 2019 coup came following massive protests led by the opposition supporters of the former Bolivian president, Carlos Mesa, who insisted that the October elections that handed victory to Morales had been rigged.

As Morales resigned and fled, first to Mexico and then to Argentina, Anez declared herself “interim president,” even though she lacked a quorum in the Senate to get a confirmation.

Earlier this month, MAS leader Luis Arce won the presidential election in a landslide. Anez herself had withdrawn from the running after polls showed her with just ten percent of popular support.

Also on rt.com Bolivia’s ‘interim president’ withdraws from upcoming election, one day after poll shows pro-Morales candidate in the lead