At least seven people were taken to hospital after an airport rally in Omaha, Neb., for U.S. President Donald Trump that drew thousands, many of whom were left stranded several kilometres from their parked cars in freezing weather.

Omaha police said in a written statement that first responders dealt with 30 people for medical reasons throughout the day, and seven were taken to hospital. Police-monitoring sites on social media reported that some people suffered adverse effects from temperatures hovering around the freezing point as they waited for shuttle buses or tried to walk to their cars about 3.5 kilometres away following the rally.

“Many people underestimated the distance from the event back to the parking lot on foot,” Officer Michael Pecha, a spokesperson for the Omaha police, said in the statement.

Most of the thousands who attended the Tuesday night rally at Omaha’s Eppley Airfield parked in remote lots and were shuttled to the event in buses. Police said 40 buses were used to shuttle 25,000 people to the event site over a 10-hour period, starting at 10 a.m., although an undisclosed number left before the rally ended, police said.

Traffic became snarled, and awaiting buses — which can hold about 50 riders each — were overwhelmed when crowds left the event at about 9 p.m., police said. Additional buses were called in to try to get people to their cars.

WATCH | Hundreds of people left out in the cold after Trump rally: 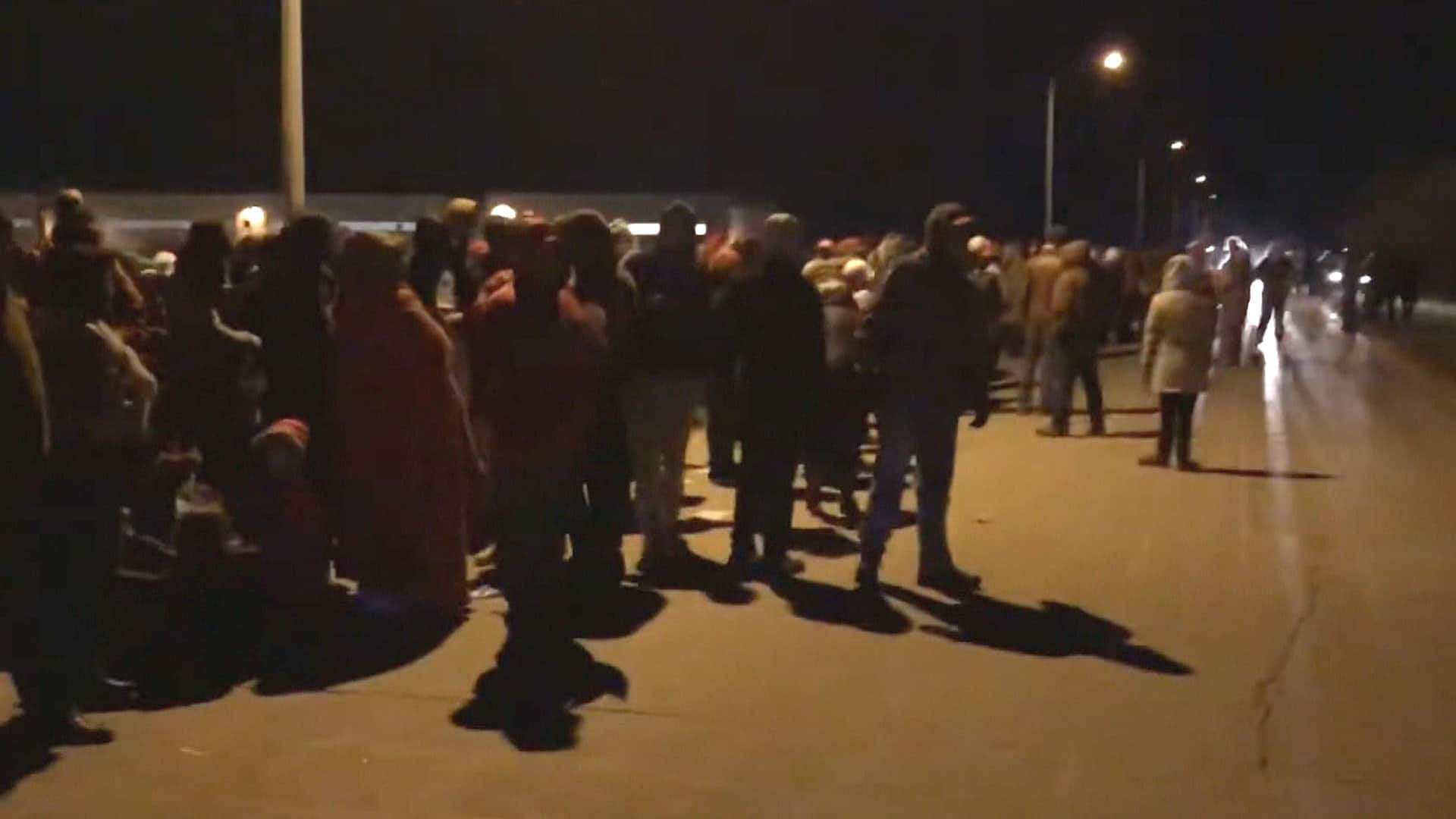 Hundreds were stranded in the cold, waiting for buses after Donald Trump’s rally in Omaha, Neb 0:25

Police said the last of the rally-goers were able to leave at about midnight.

“At the guest departure location, we had tents, heaters, generators, hot cocoa and handwarmers available for guests,” Zager said. “We always strive to provide the best guest experience at our events, and we care about their safety.”

Democratic presidential nominee Joe Biden on Wednesday used the image of Omaha supporters left in the cold after the rally to criticize Trump’s handling of the coronavirus pandemic.