Hurricane Zeta slammed into the storm-weary Gulf Coast on Wednesday, pelting the New Orleans metro area with rain and howling winds that ripped apart buildings, knocked out power to thousands and threatened to push up to two and a half metres of sea water inland in a region already pounded by multiple storms this year.

The U.S. National Hurricane Center in Miami said Zeta had weakened slightly by evening with winds of 144 km/h, as its eye moved southwest of Slidell, La., not far from the Mississippi line. Its winds were clocked at 177 km/h when it made landfall as a Category 2 storm earlier in the day, leaving almost 350,000 homes and businesses without power and some coastal roads under water.

A Louisiana coroner confirmed a 55-year-old man died when he was electrocuted by downed power lines.

Tropical storm warnings were issued as far away as the north Georgia mountains, highly unusual for the region. New Orleans has been in the warning areas of seven previous storms that veered east or west this season. Zeta was staying on course.

“I don’t think we’re going to be as lucky with this one,” city emergency director Collin Arnold said.

New Orleans officials announced that a turbine that generates power to the city’s aging drainage pump system broke down Sunday, with no quick repair in sight. There was enough power to keep the pumps operating if needed, but little excess power to tap if other turbines fail, officials said.

Officials said they were running through contingencies should there be other equipment problems. Forecasts called for anywhere from five to 15 centimetres of rain to fall in the New Orleans area, but Zeta’s pace could mitigate the flood threat.

“This year, the storms have been coming back-to-back. They’ve been avoiding New Orleans but finally decided to come,” cookie shop worker Curt Brumfield said as he stowed empty boxes in trash cans outside and others boarded up the windows.

On Tuesday, Zeta raked across Mexico’s Yucatan Peninsula, toppling trees and briefly cutting power to more than 300,000 people but causing no deaths.

It then regained strength over the Gulf of Mexico along a path slightly to the east of those of Hurricane Laura, which was blamed for at least 27 deaths in Louisiana in August, and Hurricane Delta, which exacerbated Laura’s damage in the same area weeks later.

Tropical storm warnings were in effect for the western Florida Panhandle, forcing early-voting sites to close for hours in three counties where Republicans dominate.

The hurricane centre warned that gusty winds could cause damage across the South and be especially severe in the southern Appalachian Mountains, where flash flooding is possible.

Louisiana Gov. John Bel Edwards asked President Donald Trump for a disaster declaration ahead of the storm. He and Alabama Gov. Kay Ivey both declared emergencies, as did Mayor Andrew (FoFo) Gilich in Biloxi, Miss. Trump declared an emergency for Louisiana on Tuesday evening.

“There’s no doubt that we’ve seen a lot this year, with COVID and so many threats from so many storms,” Gilich said in a news release, “but this storm shows that we haven’t seen it all yet.”

Zeta broke the previous record for a 27th named Atlantic storm, taking shape more than a month before that one on Nov. 29, 2005. It’s also this season’s 11th hurricane. An average season sees six hurricanes and 12 named storms.

The extraordinarily busy hurricane season has focused attention on the role of climate change, which scientists say is causing wetter, stronger and more destructive storms.

With yet another storm approaching, worries accumulated for people left homeless. The state is sheltering about 3,600 evacuees from Laura and Delta, most in New Orleans area hotels.

Meanwhile, many along the coast renewed an unwanted ritual of preparation.

On Dauphin Island, off the coast of Alabama, marina workers prepared for Zeta, although in some places there was little left to protect after Hurricane Sally hit in September.

“We don’t have any docks or fuel pumps at this point. Sally took it all out,” employee Jess Dwaileebe said.

“I’ve never seen anything like it,” said Thomas Hymel, an extension agent in Jeanerette with the LSU Agricultural Center.

He said the storms have meant more than a month of downtime for seafood harvesters, many of whom are already suffering a drop in demand from restaurants due to the coronavirus pandemic. 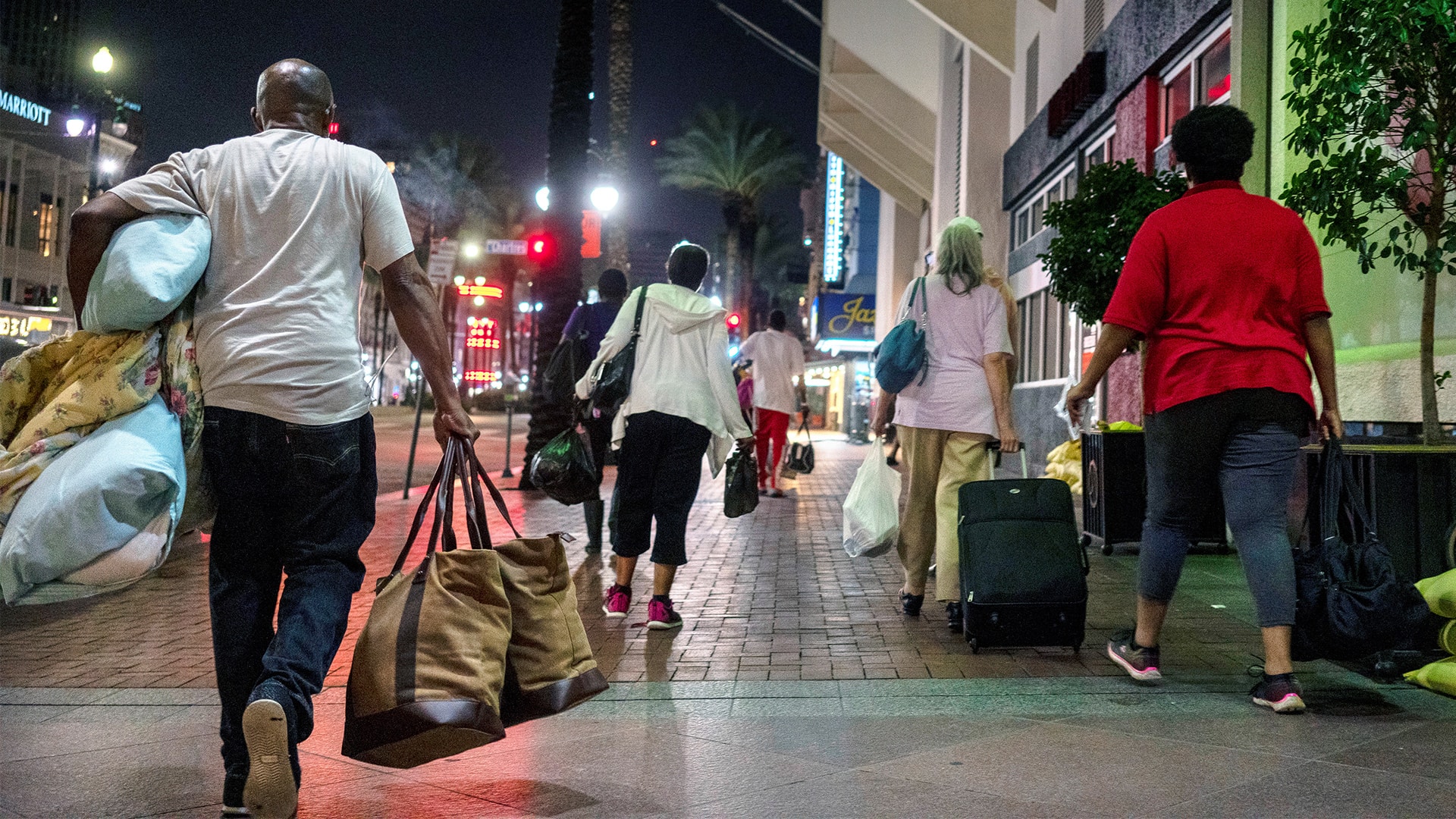 A ground-level view of what it’s like to live through the damage wrought by a powerful hurricane. The pandemic makes things harder on survivors but so do inequalities of race and income exacerbated by disaster. 2:30