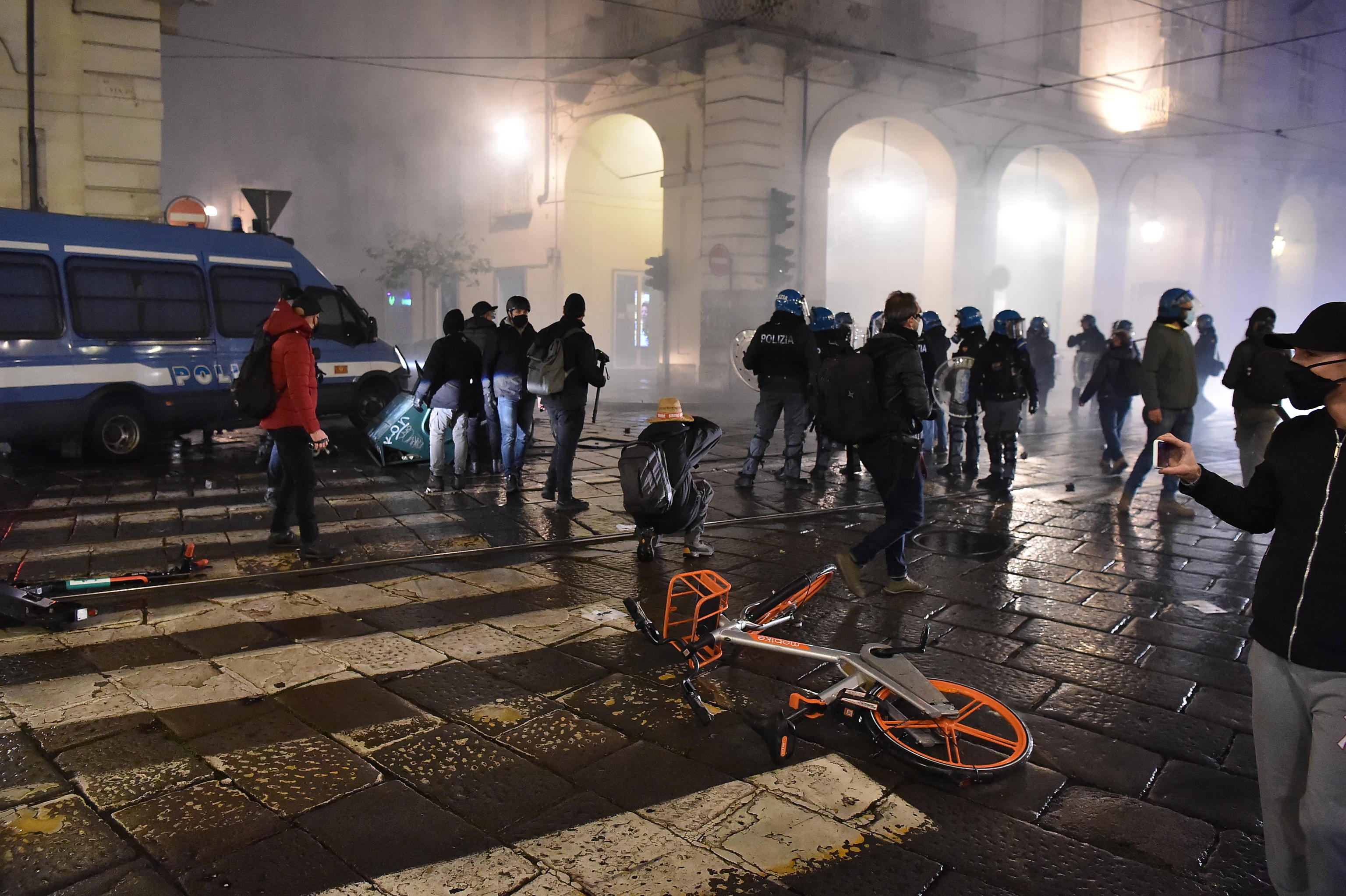 Violent protests broke out across Italy on Monday against a new round of government restrictions aimed at curbing a rise in coronavirus infections.

Clashes between protestors and police erupted in Turin, Milan, Naples, and other cities, with officers in Turin suffering from petrol bombs being thrown at them. The crowds chanted: “Freedom, freedom” as they confronted police, which responded with tear gas.

On Sunday, the government announced closures to gyms, swimming pools and cinemas, and bars and restaurants were to close at 6pm. A number of regions have also imposed nighttime curfews.

In response to the violence, the government has said it will present a package of measures on Tuesday to support businesses hurt by the new restrictions.

Italy’s infection rates have been rising rapidly since the start of October. On Saturday, authorities said cases had risen by 19,644 over the previous 24 hours, a new daily record. Patients in intensive care rose by 79 from Friday to 1,128.